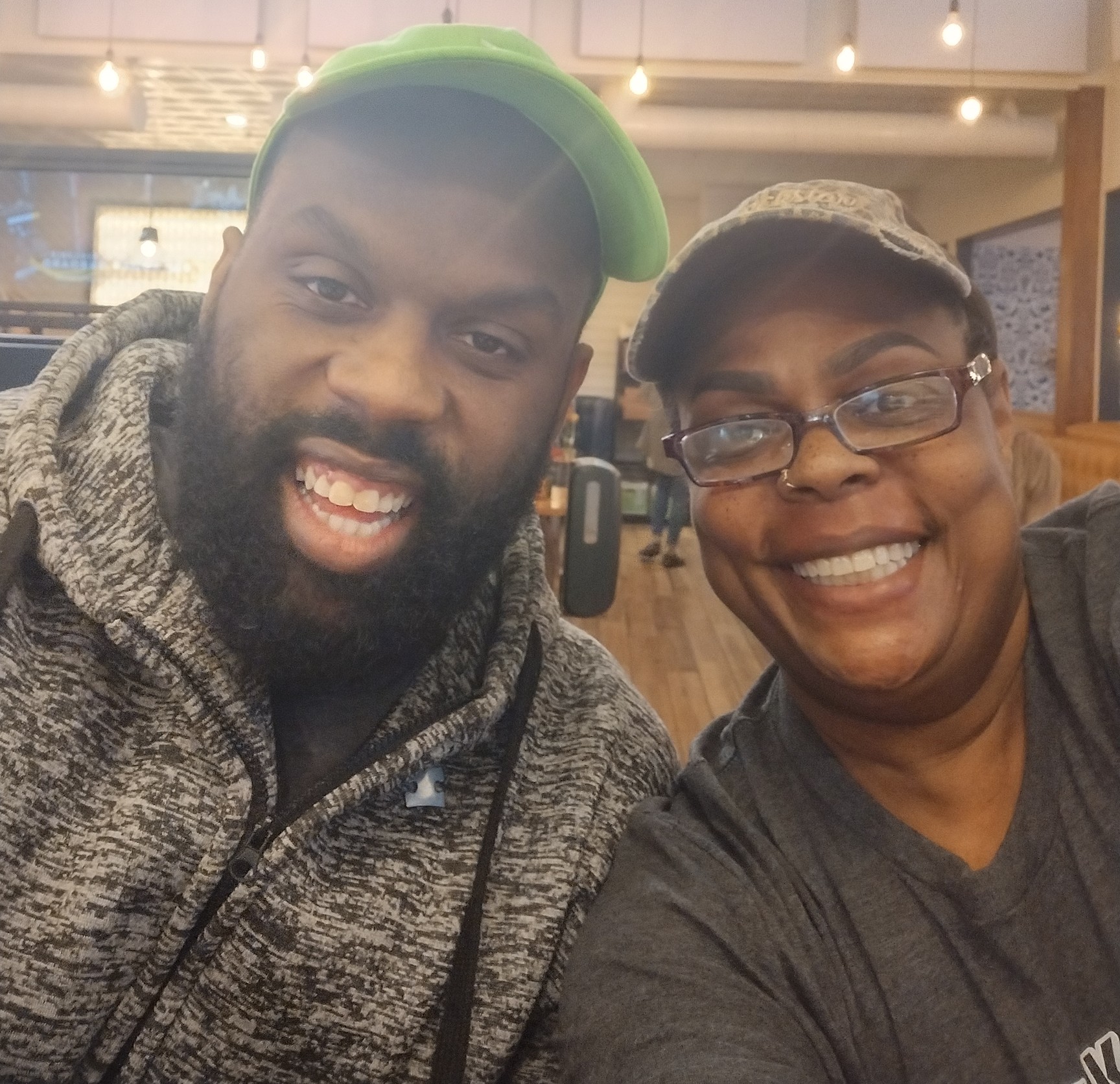 In 2006, Veronica Tess Myers, of Little Rock, made the difficult decision to leave college to ensure her son, Alexander, got the education he deserved. Myers promised herself that she would one day return to complete her college education.

“I started my college journey at UA Little Rock in 2000, and then stopped out in 2006 due to the dynamics of being a single mother and to take care of my profoundly autistic son, Alexander,” Myers said.

Fifteen years later, Myers fulfilled her lifelong goal of completing college and graduated from UA Little Rock with a bachelor’s degree in applied communication at the end of the fall 2021 semester.

“Veronica was one of our outstanding graduating seniors of 2021,” said Dr. April Chatham-Carpenter, chair of the Department of Applied Communication. “She returned to complete her remaining 18 hours of coursework this past summer at UA Little Rock. She has started a nonprofit, entitled Alexander’s Secret, Inc., to help other parents and caregivers of autistic children better advocate and educate their children.”

In 2007, Myers’ management position with Bombay Company was coming to a close as the company filed for bankruptcy. She considered returning to college, but decided to focus on Alexander’s schooling instead.

“Of course, I chose the latter and went to school with my son nearly every day of his four years of high school until 2011 when he received his diploma,” she said.

After Alexander graduated from Hall High School, Myers said she faced immense challenges in finding support for individuals with autism who are transitioning to their adult lives and beyond. She became a staunch supporter and advocate for disability rights in Arkansas.

Retired State Sen. Uvalde R. Lindsey invited Myers to serve as an advisory parent member of the Arkansas Legislative Task Force on Autism, where she was the first African American to sit on the committee. She also joined the Disability Rights Center of Arkansas, now known as Disability Rights Arkansas PAIMI (Protection and Advocacy for Individuals with Mental Illness) Advisory Council, during the same timeline.

“My son can’t step forward into the spotlight to tell his story,” Myers said. “That’s why I’m here to share his story and others like his. We can’t ask for change without being on the forefront making that change happen. I have to fight for his right to stay at home with me and still fight for the services and support that he is entitled to due to his lifelong disability diagnosis. That is a fight every year, and he’s 28.”

In fall 2020, Myers met with her academic advisor with the intention to start classes again during the spring 2021 semester. Her college plans faced one more life challenge.

“I got blindsided with the guardianship responsibilities of my estranged father who was allegedly assaulted in his high-rise apartment and left unconscious and suffered a 2/3 massive left-brain stroke,” Myers said. “After advocating for my father’s rights for fair and decent treatment in a nursing home and in doing so becoming a member of both Arkansas Advocates for Nursing Home Residents and Arkansas Caregivers for Compromise support groups, I was finally able to return to UA Little Rock.”

“I also want to say a very special thank you to the ladies of the Communication Skills Center,” she said. “Your patience and love for what you do is beyond exceptional.”

Now that she’s finished with college as a first-generation graduate, Myers said the research she completed for her capstone project, “Autism advocacy: Single mothers saving face among a world of chaos,” will help her in the development of the autism strategy consulting services and workshops she creates with her nonprofit. Myers is also looking to finish her memoir, “Raising Alexander,” an attestment to her and Alexander’s journey.

“There are families going outside of Arkansas to enroll their autistic loved one in places like 29 Acres, an autism transition academy located in Crossroads, Texas,” Myers said. “Having a facility in Little Rock will ensure an effective transition process of life after high school to give individuals with autism spectrum disorder here in Arkansas a true quality of life on their own terms.”