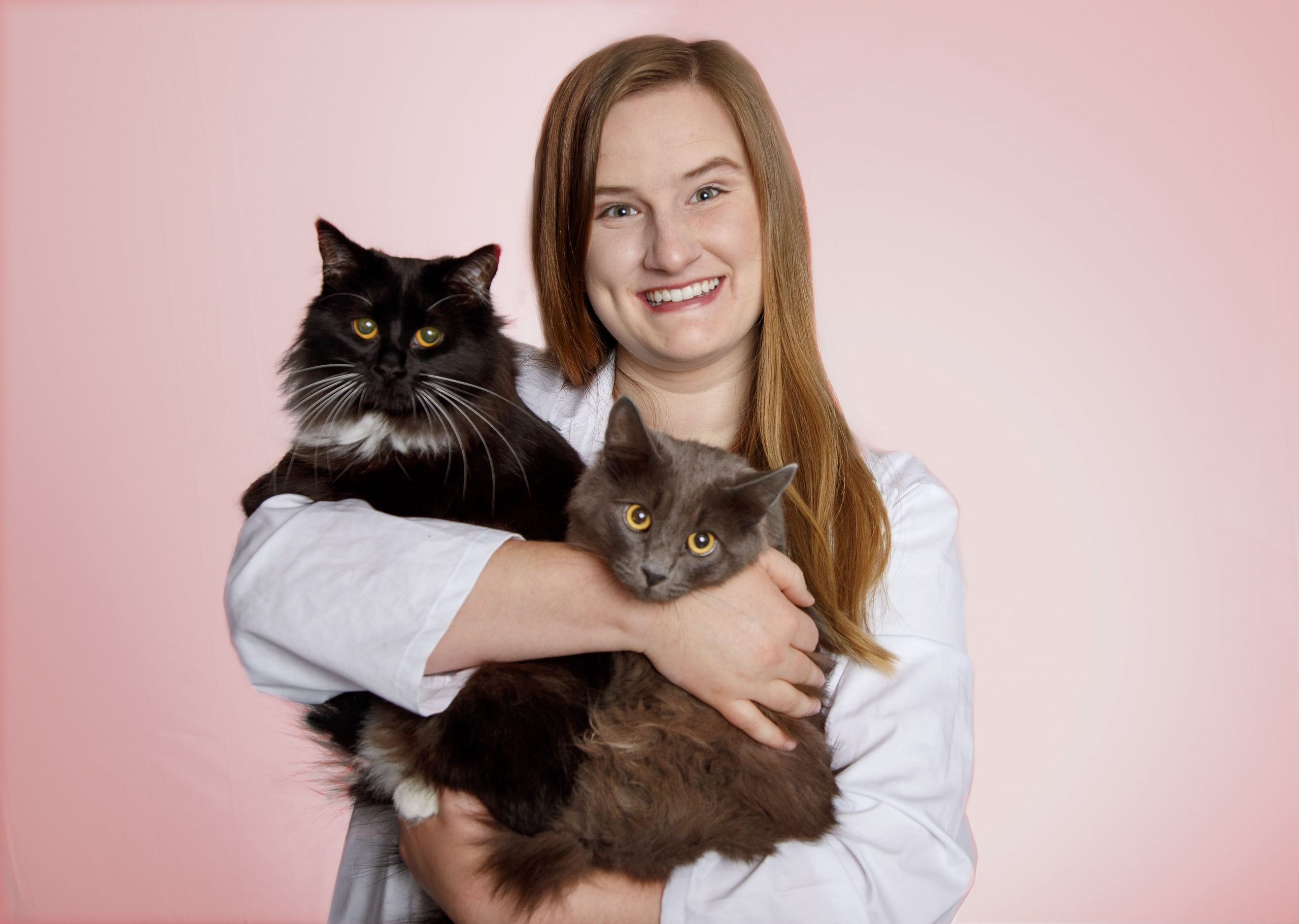 Donaghey Scholar Sydney Kornelsen will graduate on May 14 with a Bachelor of Science degree in biology and a minor in music. She will attend UC Davis School of Veterinary Medicine in Fall 2022.

Tell us a little bit about yourself.

I grew up in Fallbrook, California, which is about an hour north of San Diego. My parents were big proponents of animal science when I was growing up. At age seven, I became heavily involved in the 4-H Club. Their mission is to provide opportunities for youth and adults to work together to create sustainable change. While at 4-H, I focused on dog projects, and was president in my junior and senior year of high school.

Why did you choose UA Little Rock?

My older sister, Caroline Kornelsen, was also a Donaghey Scholar. When I visited her, I felt Little Rock could be a place I could call home. I looked at other universities, but here I knew I wouldn’t just be a number among the masses.

What are the major differences between San Diego and Little Rock?

In San Diego, there is more of a push on pop culture, and it is more industrial. Little Rock is more laid back. California and Arkansas both have their perks and are just incomparable. The ocean is beautiful, but their wilderness doesn’t compare to the surrounding areas in Little Rock. The hiking here is awesome. Plus, Little Rock is a capital city.

Why do you want to become a veterinarian?

I have a deep interest in education and love animals. When I was growing up, everyone told me I would be a great veterinarian, but I was hesitant to believe them. A veterinarian’s job is to educate the public about the welfare of animals and now I see that is exactly the kind of career I want. I don’t have a primary focus yet, but I might specialize in exotic animals later.

Why did you minor in music?

Minoring is music allowed me to explore my love of education and honed my musical techniques. In high school, I had a varied musical background and was a trained classical musician. I played and taught piano, took voice lessons, and played the violin. My violin instructor at UA Little Rock, Meredith Hicks, has been a significant influence. I also enjoyed learning how to conduct!

I understand you own your own rabbitry.

Yes! It is called Bunny Heights Rabbitry, which is a southern California and Arkansas rabbitry that specializes in Mini Rex rabbits. They weigh about four pounds and have a velvety, vibrant coat. In total, I have 15 rabbits, and breed and sell them as pets.

I travel the country to shows similar to the Westminster Kennel Club Dog Show. Rabbits make great companions, and are actually better than dogs and cats. There’s not much upkeep. They like to play, toss toys, but they don’t like to snuggle too much. And they get so excited to see you when you come home.

Who were some of your mentors?

Dr. Stefanie Leacock, my genetics instructor, has been there for all of my academic pursuits. She was also the mentor for my Donaghey Scholar senior project, along with Dr. Michael Moore and Ms. Ronia Kattoum. I am so grateful for the Donaghey Scholars Honors Program because they have bent over backwards for me.

Tell us about your favorite memory at UA Little Rock?

One memory that comes to mind was during my sophomore year. I was hammocking and studying with my friends near Coleman Creek on a perfect, beautiful day. The late nights studying organic chemistry in the library were also memorable. We did a lot of work on white boards. It was such a unique experience that I wouldn’t have gotten anywhere else.

This story was compiled by Toni Boyer.