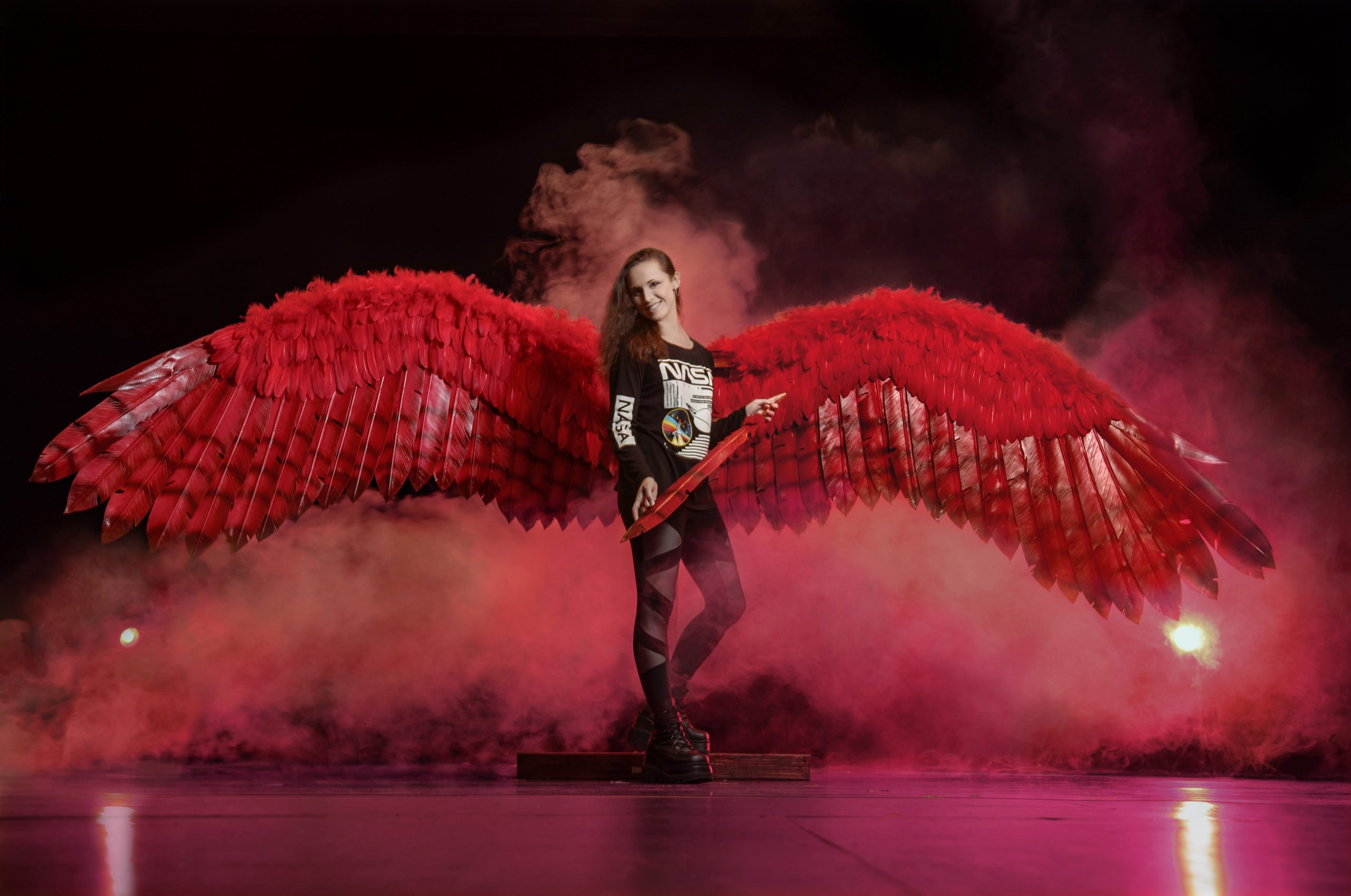 Meagan Herbold, who will graduate in May, chose the University of Arkansas at Little Rock because she wanted to stay close to home and save money for graduate school. She ended up finding a tremendously supportive campus community as she pursued her undergraduate degree in physics.

“It provided a solid academic foundation for further education, as well as a kind, supportive, and engaging physics department that genuinely cares about its students and allows them to engage in undergraduate research at every willing opportunity,” she said.

Herbold added that the Donaghey Scholars Honors Program (a highly selective honors program) was also a monumental factor in her college decision, not only because of the generous financial package, but also for the immensely supportive and unique community.

The Donaghey classes were “engaging and challenging – sometimes more so than my physics curriculum – and provided an indispensably well-rounded, critical thinking, and interdisciplinary based core education that was challenging and allowed me to grow as an individual outside my major,” she said.

Those in the Donaghey community, likewise, have been influential in Herbold’s college career.

“They have provided a diverse and supportive network from all backgrounds and fields, which is crucial to developing as an individual, especially in a small department like physics,” she said.

Herbold grew up in Mabelvale, just south of Little Rock, and went to high school in Bryant, Arkansas.

“My parents have always been academically supportive, and encouraged me to pursue higher education, but also emphasized the importance of a good work/life balance and having creative outlets beyond my academic pursuits,” she said. “I have been interested in the sciences from a young age, and I decided to study astronomy in high school.”

Herbold recently displayed her scientific and creative interests at the Student Research and Creative Works Expo when she presented her project “Applied Physics for the Design and Construction of Articulated, Electronic Wings.”

She builds and designs costumes based on pop culture. For her creative works project, she applied physics to construct 14-foot-long red wings to be worn by a human. She tied for first place in physical sciences at the expo.

Herbold said she chose physics as her major at UA Little Rock because “physics is for the people who ask questions.”

“The tiniest atom to everyday motion, electricity and magnetism, thermodynamics, quantum mechanics, astrophysics…the list goes on and on,” she said. “I chose physics because I want to know how the universe works and why. Physics gives you all the tools to do just that. And if it doesn’t, we’ll eventually find a new equation, a new concept, etc., because the field is constantly evolving.”

Her goal is to continue her studies in the field.

“I intend to go to graduate school to pursue a Ph.D. in physics,” she said. “I have been accepted into several graduate programs, and ultimately decided to attend Ohio State University for their variety of faculty and research opportunities, as well as a generous fellowship offer. My intention is to pursue a career in astrophysics research.”

Herbold said she has truly enjoyed her time at UA Little Rock.

“Like at any university, there have been ups and downs, like a global pandemic,” she said. “Overall though, I am incredibly grateful and pleased with my undergraduate experience here. I am of course thankful for the education, but also for the faculty, staff, students, experiences, opportunities, and university as a whole as well.”