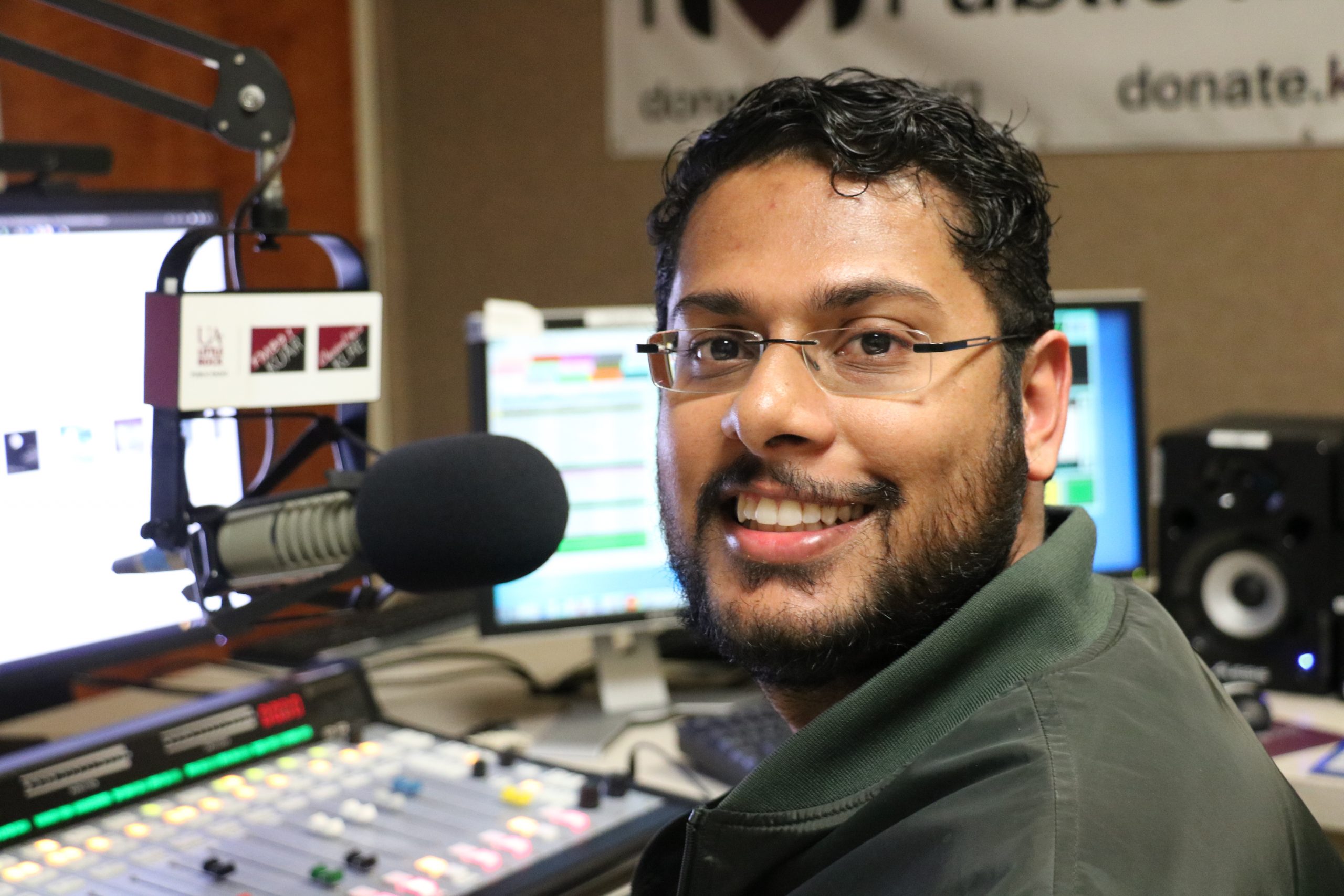 “We’re excited to have Ronak with us,” said Michael Hibblen, news director for KUAR. “He brings a strong journalism background to KUAR and is part of a steady expansion of the staff of the newsroom which will enable us to do even more original reporting. He has good news instincts and is a strong writer.”

A graduate of Little Rock Central High School, Patel attended the University of Central of Arkansas (UCA), where he graduated with a major in English and a minor in journalism in 2021. He got interested in journalism while working for UCA’s student newspaper, the Echo.

“I saw the student newspaper, the UCA Echo, needed staff writers, and they were open to volunteers who weren’t journalism majors,” Patel said. “I did that my junior year and really enjoyed it. I changed my minor to journalism. During my senior year of college, it was the 2020 election, and I had political reporting. The professor did a great job of talking about politics, and that made me interested in going into political journalism.”

As a student, Patel also reported on a state legislator requesting syllabi from UCA, a report that won a second-place award for in-depth reporting from the Arkansas College Media Association.

Since graduating, he’s landed positions at the Southwest Times Record and the Arkansas Democrat-Gazette. Despite his experience in print, Patel has always been a fan of broadcast and figured he would wind up working in broadcast eventually.

“While I started off in print, I knew that I would have to venture out of print with the way the industry is changing,” Patel said. “I took a broadcast class at UCA, and I was always a fan of NPR. Steve Inkeep of NPR was always one of my favorite political reporters.”

Since starting at KUAR, Patel said his favorite story has been an interview with Dr. John Kirk, George W. Donaghey Distinguished Professor of History at UA Little Rock, about his new biography, “Winthrop Rockefeller: From New Yorkers to Arkansawyer, 1912-1956.”

“I’ve always been a big fan of Rockefeller, and I love reading about history,” Patel said. “Getting to talk to someone who is an expert on what Rockefeller did for the state and who he was as a person is interesting. I think a lot of people forget the impact that Winthrop had on the state, and it’s interesting to share that history with our Arkansas listeners about a figure who gets overlooked sometimes.”

Outside of work, Patel enjoys watching basketball, either the Milwaukee Bucks or the UCA Bears, and playing video games. He also serves as a board member for the Society of Professional Journalists and encourages people to support local news.

“I would encourage people to pay more attention to local politics and local news,” Patel said. “I used to only look at national news, but it’s important to learn about what is going on in your community. It’s cool to read feature stories that you can’t always get from a national news organization.”