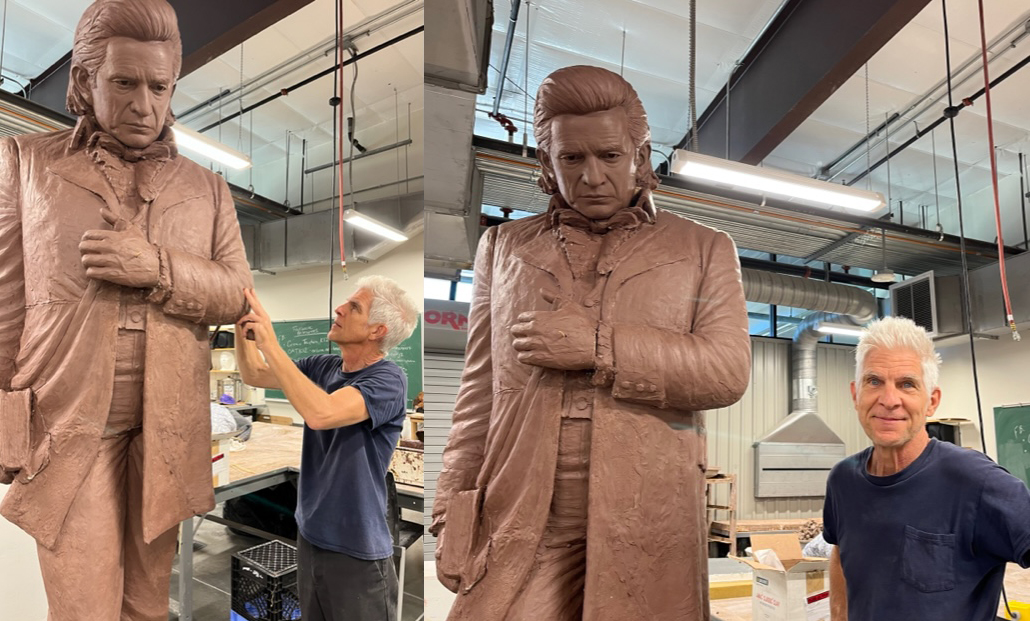 The public is invited to visit with famed Arkansas artist Kevin Kresse, a UA Little Rock alumnus who has been commissioned to create a new statue of country music icon Johnny Cash that will eventually represent Arkansas in the U.S. Capitol.

Kresse will be available for public visits from 1-4 p.m. Monday, July 25, to Thursday, July 28, at the Windgate Center of Art and Design at UA Little Rock.

Group visits can be scheduled for specific times by emailing Kurt Naumann at kurt.naumann@sos.arkansas.gov.

Arkansas currently has statues of attorney Uriah Rose and U.S. Sen. James Clarke, also a former governor, on display in Statuary Hall at the U.S. Capitol. Both statues are more than a century old. In 2019, the state legislature approved replacing them with statues of Cash and Daisy Gatson Bates, a renowned civil rights activist. State authorities plan to unveil the statues of Cash and Bates during a December ceremony in Washington, D.C.

Kresse is an Arkansas native who graduated from UA Little Rock in 1984. He was named the 2015 Individual Artist for Arkansas from the Governor’s Art Awards and was one of four people selected by the Mid-America Arts Alliance to be interviewed for a video celebrating the 50th anniversary of the National Endowment for the Arts in 2016. He has won several awards in the Arkansas Arts Center’s annual Delta Exhibition, as well as painting fellowships from the National Endowment for the Arts through the Mid-America Arts Alliance and the Arkansas Arts Council.

Kresse’s public sculptural work includes the bust of Winthrop Paul Rockefeller in the Arkansas State Capitol, a monumental sculpture of WWII hero General William O. Darby in Fort Smith, the Compassion and Hope sculpture in Little Rock’s Baptist Hospital Healing Garden, and the Mother Earth sculptural fountain in the Argenta Arts District, among many others.

One of Kresse’s sculptures, “The Ground Breaker,” is on display in front of the Engineering Technology and Applied Science building at UA Little Rock after being donated to the university by Jack Kinnaman, founder of Kinko Constructors Inc., in 2018.