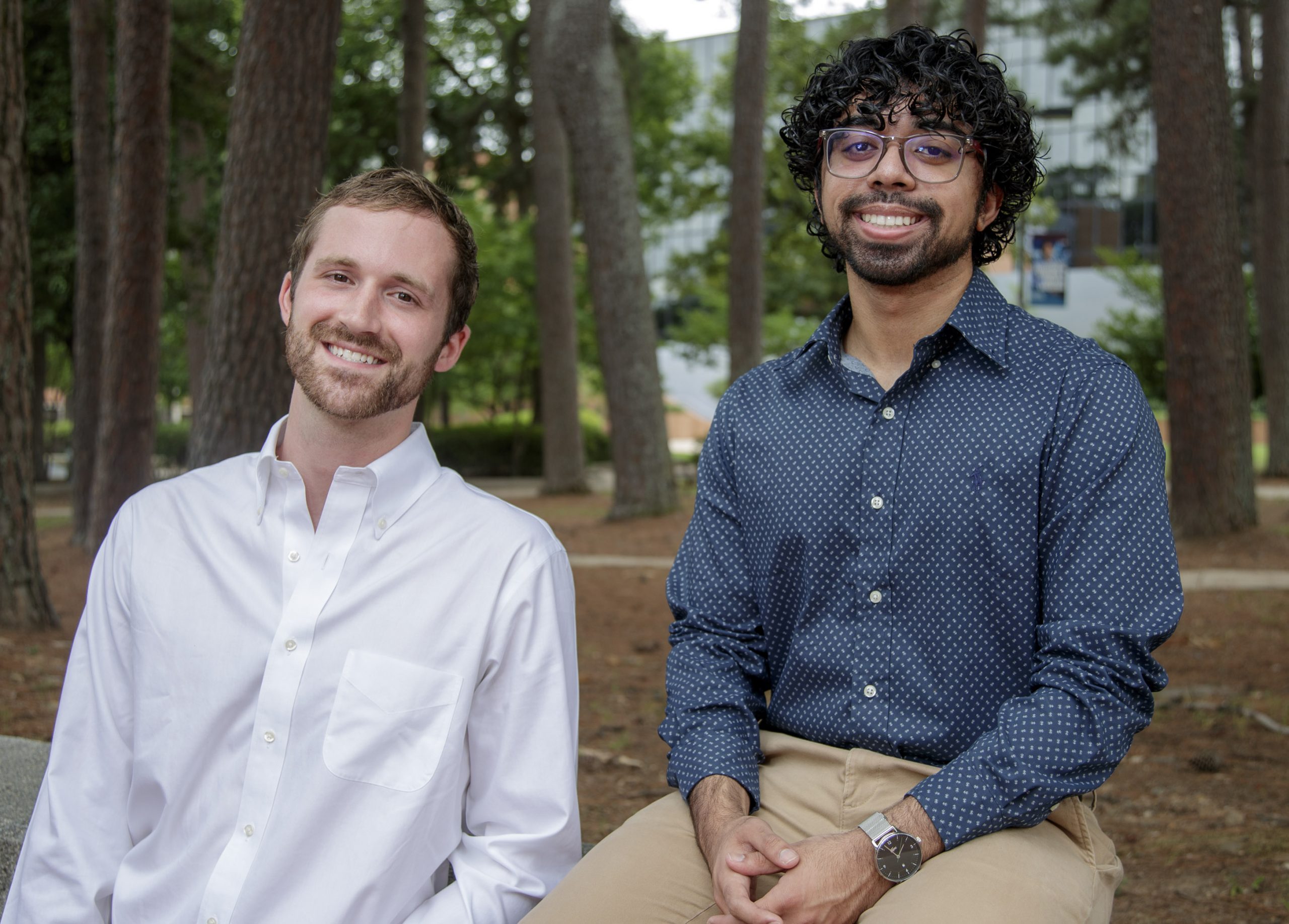 “I decided to run for president because I knew I could get a lot done,” Forcum, who is studying chemistry, said. “I probably wouldn’t have run if I didn’t think I was the best person for the job. Students are finally coming back to campus, and that means more opportunities for engagement.”

His solution to increase student involvement on campus is to make information about the student organizations easier for students to find online. His plan includes utilizing the organizations tab on Blackboard. According to Forcum, this is a continuation of his efforts on SGA last year with Rosemary Ashley Chamberlain, the former SGA President.

“We bonded over our mutual frustration over it being so hard to find what’s available to students,” Forcum said. “[Utilizing Blackboard] is just a wonderful opportunity to use something that students are using anyway for their classes.”

When it came time to choose a running mate, Forcum had no trouble with the decision. He met senior Ahad Nadeem, a Donaghey scholar studying biology, through a research assistant program at the University of Arkansas for Medical Sciences. Together, they conducted research on the opioid epidemic in Arkansas and helped out with COVID-19 vaccinations.

“Ahad’s amazing,” Forcum said. “He’s organized, on time, and just the most put together and smart person you could meet. I’m so excited to work with him.”

Although Nadeem has had no prior experience serving on SGA, he has been involved in various organizations on campus, including The Forum, the Campus Garden Alliance, and the Donaghey Student Committee.

“I’ve always been interested in leadership, and SGA seemed like a great way to make change and make the campus better for students,” Nadeem said. “I was really excited when Thomas asked me to run with him. I knew from working with him at UAMS that he’s very hard working, diligent, and responsible, and that we’d be able to do some real good.”

Their campaign process included putting up fliers, making an Instagram account, and reaching out to students directly asking them to vote.

“Thomas called me when the results came in,” Nadeem said. “I was outside Ottenheimer Library when I found out, and I was just really excited.”

Nadeem’s primary role will be to support Forcum in his role, lead meetings whenever necessary, and help make sure things run smoothly. As for Forcum, he will operate the SGA office, administer SGA programs, and have the power to sign or veto all legislation passed by the Senate.

“I’m so incredibly lucky that UA Little Rock students voted me in,” Forcum said. “I have to say though that I’m more excited about the things I can do as president than the title itself. I feel very confident that we’ll be able to get a lot done.”