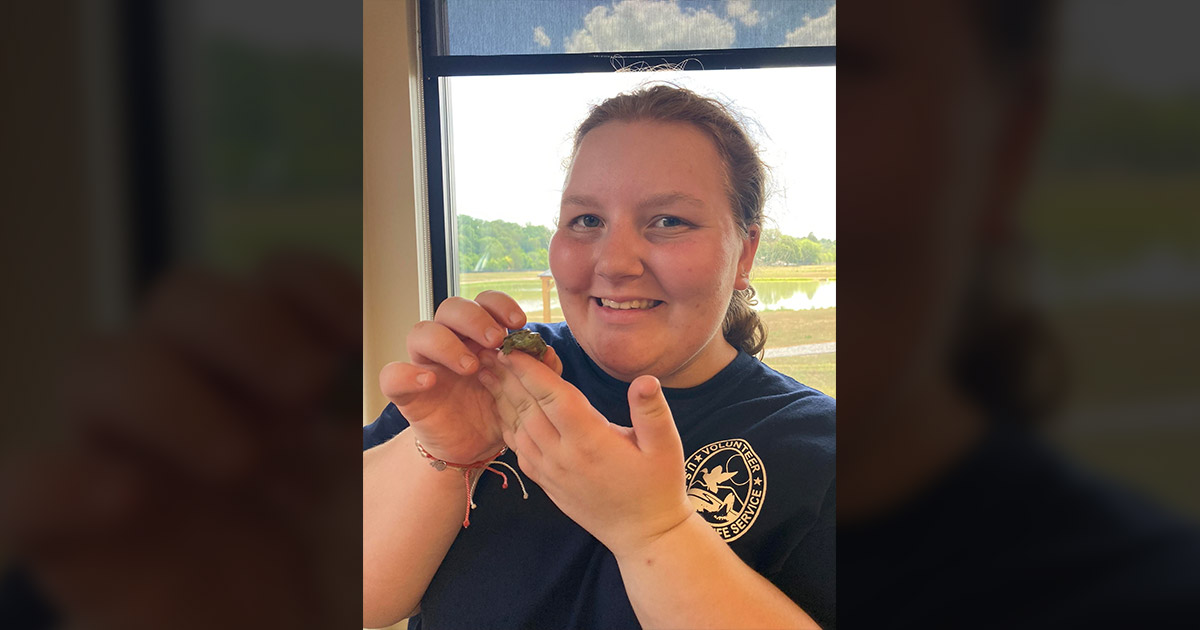 As part of the Donaghey Scholars Honors Program, she was advised to start searching for an internship early on in her college career. She started looking in the spring semester of her freshman year, and when she hadn’t found anything by May, she started worrying that she’d have to hold off another year. Her mother, who is a hairdresser, tried a more unconventional approach.

“My mom was cutting Grant Webber’s hair one day, and she mentioned to him that I’m really interested in zoology,” Miller explained. “He ended up being the manager of the hatchery nearby, and when my mom told him my credentials, he invited me to come visit.”

Miller jumped at the chance. She set up a meeting with Webber, and he quickly offered her a position for the summer. She started a week later and spent the next three months feeding fish, cleaning tanks, doing maintenance work, and interacting with guests.

As the only college student on staff, she was also responsible for doing statistical analyses of the fish who died and for moving smaller fish to separate tanks to provide less competition for food and more nutrients to increase their chance of survival.

“It really opened my eyes,” Miller said. “When you think of zoology careers, you don’t think about how that relates to biology. I think that opened up new opportunities for me, especially since I don’t know what I want to do yet.”

She initially thought she would go into forensics, but is now considering changing her plan.

“If I found something like the fish hatchery, I’d definitely consider working there,” Miller said. “I loved it. Every day was different, and I never knew what was going to happen. It was also just really cool to know that I was doing something bigger than myself and helping take care of the environment.”