Low Bono Programs: Closing the Gap in Access to Justice 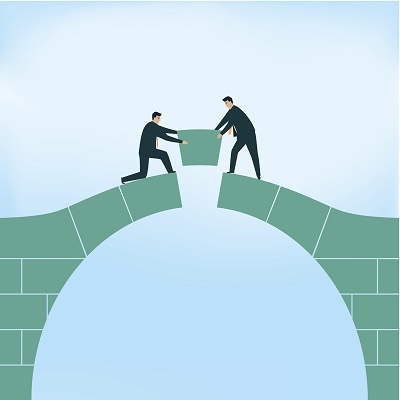 Most people, both inside and outside the legal profession, are familiar with the term pro bono, which is the provision of legal services without charge. Multiple organizations, including non- and for-profit groups, offer pro bono legal services typically for indigent individuals. For example, Arkansas’s two legal aid organizations, the Center for Arkansas Legal Services and Legal Aid of Arkansas, provide free legal representation for individuals who are below 125% of the federal poverty line. However, there remains a gap in access to justice for individuals who do not financially qualify for pro bono services yet cannot afford standard legal fees.

In response to the gap in access to justice, a new concept was developed to address this problem: “low bono” programs. Low bono programs, often referred to as modest or moderate means programs, are designed to provide affordable legal services, on a sliding fee scale, for individuals falling within a particular financial parameter. Low bono programs are administered using a plethora of methods. Some programs are administered through a state’s or county’s bar association. While other programs are administered through non-profit programs or foundations. Individuals’ eligibility and rates is program specific; therefore, some programs’ eligibility guidelines are much broader than others. For example, a low bono program operating in one state serves individuals up to 400% of the federal poverty line while another low bono program, operating in a different state, only serves individuals up to 200% of the federal poverty line.

Legal Aid of Arkansas addressed these issues by launching a low bono program, the Modest Means Panel, in April 2015. The panel’s mission is to meet the overwhelming need for access to justice by referring qualified individuals, where pro bono assistance is not possible, to private attorneys who charge reduced rates. Individuals are eligible for referral if their income is at or below 250% of the federal poverty line, and they must be able to pay for any services they receive. Potential referrals participate in a screening with the Legal Aid of Arkansas’s HelpLine to determine eligibility. Once eligibility has been established, the individual will be referred to a private attorney panel member for consultation. The determination regarding an attorney-client relationship is solely between the attorney and the referral.

Attorney panel members’ rates range from $35 to $75 per hour based on the referral’s income. The panel of private attorneys represents referrals in a variety of legal disputes that include domestic relations, estate planning, and Chapter 7 bankruptcy, among other legal issues. The program first began operation in nine counties: Boone, Carroll, Cleburne, Independence, Jackson, Madison, Newton, Stone, and Woodruff. Several months later, the program expanded to Baxter, Fulton, Izard, and Marion counties. The final expansion, in September 2015, included Benton and Washington counties. Over the past sixteen months, the Modest Means Panel has referred over 160 individuals to panel members, which consists of twenty-one attorneys.

Low bono programs, such as Legal Aid of Arkansas’s Modest Means Panel, not only bridge the access to justice gap for needy individuals, but they also provide a multitude of benefits to participating attorneys and the court system. Participation in a low bono program broadens an attorney’s practice to include potential clientele that otherwise would not have been able to afford legal representation. Attorneys will also gain exposure, experience, and generate income. This is particularly applicable to recently licensed attorneys, solo practitioners, and attorneys and firms expanding their practice to other areas of the law. Low bono programs reduce the amount of pro se litigants, which benefits the court’s infrastructure. Finally, participation is considered pro bono publico service.

While there remains a gap in access to justice, particularly in Arkansas, the legal field is developing new ways to address these issues. Legal Aid of Arkansas’s Modest Means Panel is starting to bridge the access to justice gap; however, the scope of this program is limited to the fifteen counties in northern Arkansas. The majority of Arkansans, including those living in the most populous areas of Arkansas, currently do not have access to this program. Moving forward the implementation of low bono programs by firms, solo practitioners, and legal aid organizations in all areas of Arkansas would be beneficial to attorneys, clients, and courts.