All Too Easy: Spreading Information Through Social Media 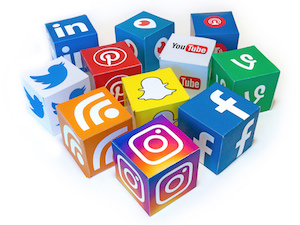 Social media has changed the way we interact with information

“Social Media” is a relatively new phrase in our society. The social media phenomenon began in the new millennium around 2003. One of the first social media network to attract a great number of users was Myspace. Myspace is a social media network that enables users to create a personalized wall, and have their friends visit their digital wall of likes and dislikes. This was also the place to post pictures, songs, videos and was digital way of being unique. Following the success of Myspace came many other forms of social media. Currently, Facebook, Twitter, and Google+ are a few of the more popular social media websites today. The more popular social media websites are centered around a wall of information that is populated by friends and advertisers. Social media has helped increase communication and information travel internationally and across borders.

Social media has the power to affect a social change on society. Social media has allowed thousands of people, if not millions, to have a voice and spread the information that the user feels is relevant and important. Unfortunately, a side effect of giving so many people a voice is the spread of false information disguised as truth. Information passed by social media can change the belief of an individual or a group. In our most recent Presidential election, both candidates had a very strong social media presence. While Hillary Clinton has decreased her presence after losing the election, President-elect Donald Trump has maintained his strong presence in social media to share information that he feels that users should be aware of. Most recently President-elect Trump has “tweeted” about the cost of the new Air Force One. This single tweet caused a backlash and stock price drop against Boeing whom is the airplane manufacture.  Regardless of how you feel about the election, the use of social media helped propel Donald Trump forward in his journey to the White House.

On September 10, 2016, Hillary Clinton uttered the phrase “basket of deplorables” in reference to half of Donald Trump’s supporters. This use of this phrase would not weaken the support for Trump, but would ultimately grow it. Donald Trump and his “basket of deplorables” took to social media to spread the word that Trump supporters, or spouses in split party households, are viewed as dumb, ignorant, racist, sexist, etc. Trump and the Republican party used social media to spread an opinion, under the banner of un-truthful information, but spread as the truthful statement made by a party-opponent. In a press conference after the election, Hillary Clinton stated “that fake news can have real world consequences” and condones fake news as “a danger that must be addressed and addressed quickly.” News has a danger of spreading through social media as quickly as the push of a button.

The future of social media is uncertain. Although, it is safe to assume that social media is not going anywhere; in fact, it is always growing with new users across the globe. Social media is a billion-dollar industry in our current society. This billion-dollar industry provides a security blanket to users who voice an opinion through the use of a keyboard. While it is not possible to control the information that is presented through social media, it is possible to be diligent before spreading information. A social media user should read the articles, watch the videos, but remember that the information presented may be part of the truth, un-truthful, or strictly an opinion of another. Social media is now an effective social change system in our society today.