Technical Difficulties: A Primer on Big Data and Employment Discrimination

In October 2016, the Equal Employment Opportunity Commission held a meeting to discuss how tools associated with “Big Data” are shaping the future of human resources administration and, by extension, employment discrimination. The meeting was part of the EEOC’s ongoing effort to gather information about the use of data analytics in the employment setting as the Commission considers whether new practices will require new guidance or regulation.

“Big Data” generally refers to the use of algorithms and other data processing technologies to scrape, sort, and analyze massive amounts of information that are too large for traditional database management techniques. Several federal agencies have been exploring the promises and threats of Big Data tools following a 2014 report from the White House titled, “Big Data: Seizing Opportunities, Preserving Values.” The report warned that “big data analytics have the potential to eclipse longstanding civil rights protections in how personal information is used in housing, credit, employment, health, education, and the marketplace,” and encouraged regulatory actors to become more familiar with the potential impact of the increasingly widespread technologies. This post provides an overview of some key issues related to Big Data and employment discrimination as part of a larger conversation about the role of technology in the workplace and beyond.

The increasing use of data analytics techniques to mine and process information has the potential to impact a wide range of employment issues, many of which are already the topic of popular discussion. Privacy concerns, for example, are just as relevant in the workplace as they are in other areas where third parties track and store behavior data. The issue that is likely of greatest concern for the EEOC and employment lawyers, however, is the potential for apparently neutral algorithms used in recruiting and hiring to have an unintended discriminatory impact or to mask intentional discrimination.

Indeed, while the purported neutrality of algorithms is seen as a boon for human resources professionals, it can also serve to conceal biases that have been historically endemic to many sectors.

For an example of how employment discrimination can be baked into an apparently neutral system, we can look at a common use
for Big Data in the hiring process: rating applicants based on characteristics and behavior that, while not directly related to employment, are strongly correlated with good job performance.The Atlantic reported on a real world use of this approach, where a tech firm found that fandom of a particular Japanese manga was correlated with high computer programming skill levels. Following the identification of this correlation, the company began measuring the affinity for this manga site in their assessment of applicants.

One glaring issue with this reliance on external information is that it favors applicants with a trail of data that can be mined for a particular characteristic, to the exclusion of those who may not have a significant record of online behavior. A similar issue arises in measures not tied to internet access. For instance, an algorithm that correlates owning a sports car with strong leadership skills will disfavor applicants without a car, as well as those whose car choice reflects more pragmatic choices related to family size and income.

Big Data tools can also act to preserve demographic inertia in industries that traditionally lack workforce diversity. Correlations between certain characteristics and job performance may be tinged by past discrimination in hiring and promotion. Once hidden in the “black box” of algorithmic complexity, spurious correlations may recreate workplace demographics of a bygone era while maintaining an air of scientific neutrality.

There are several legal concerns that arise in relation to the use of Big Data tools in hiring and other areas of employment. The legal standard that is most relevant to this blog is the prohibition of employment practices that have a disparate impact on protected groups, enshrined in Title VII of the Civil Rights Act of 1964 (“Title VII”) as well as the Age and Discrimination in Employment Act of 1967 (ADEA). This principle applies to facially nondiscriminatory practices, like an apparently neutral algorithm, which can be shown to disproportionately disfavor candidates on the basis of race, color, religion, sex, national origin, or age.

Under Title VII, employers can defend a practice by demonstrating that it is both job-related and a business necessity, but the fact that algorithmic hiring practices may rely on correlations with no apparent connection to necessary job skills (e.g., the aforementioned manga fandom) opens the door for successful disparate impact claims. The ADEA sets a lower bar for defending a practice that has a disparate impact on older workers, requiring employers to show only that they relied on reasonable factors other than age. Even this standard, however, calls for consideration of “[t]he extent to which the factor is related to the employer’s stated business purpose.” 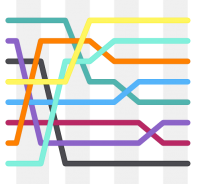 Any claim that a hiring algorithm is unlawful will have to contend with the fundamental complexity of Big Data sorting tools. The webs of correlations and calculations used to parse applicant data are often difficult to disentangle, creating an imposing barrier for would-be plaintiffs. Additionally, employers rarely design the algorithms that they use, making it even more difficult to identify the root cause of the discriminatory result.

Fortunately, employers can pre-emptively avoid many of the potential pitfalls identified in this post through basic diligence in their use of Big Data tools. Businesses wanting to ensure that their employment practices are both lawful and fair should seek to understand the characteristics that their algorithms rely on for sorting and ranking employees and applicants. Further, employers should evaluate new tools before their implementation to assess the potential of discriminatory impact. These simple steps will go a long way towards preventing illegal discrimination.

The use of Big Data is as pervasive in employment as it is in any other area our society. As a recent study from the Society for Human Resources Management reports,

With nearly two-thirds of surveyed employers using Big Data tools for “sourcing, recruitment, or selection of candidates,” it is imperative that all parties involved be familiar with the implications of these methods.

Approached with foresight and diligence, Big Data tools have the potential to provide powerful benefits. As with many issues concerning civil rights, public agencies at the federal, state, and local levels will likely need to play a key role in both protecting the public from harmful practices and promoting the development of beneficial technology. As citizens and advocates, it is our job to ensure that the path forward for these new tools is one that broadens and enhances opportunities, rather than constraining them.

This is the first in a series of posts exploring the impact of technology on civil rights, civil liberties, and other areas of public interest.