Highlights of the April Sky 2019 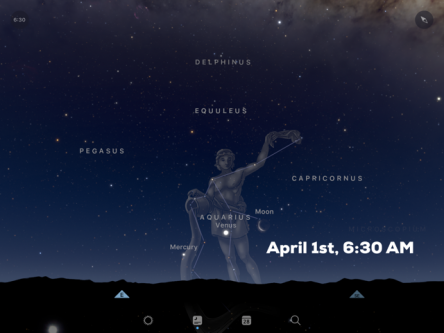 • APRIL 1 – At around 6:30 AM CDT, look low along the eastern horizon to see a waning crescent moon just to the right (west) of the planet Venus. 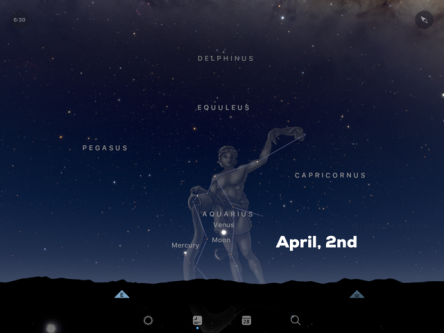 • APRIL 2 At around 6:30 AM CDT, look low along the eastern horizon to see a waning crescent moon just below the planet Venus. 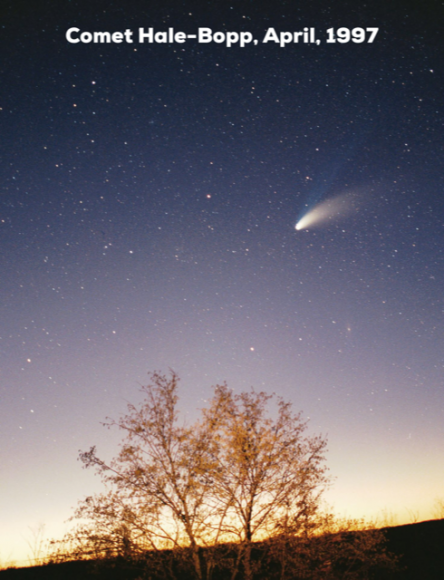 • APRIL 4 On this day in 1997, Comet Hale-Bopp became the brightest comet seen from the northern hemisphere since Comet Halley’s appearance in 1910. 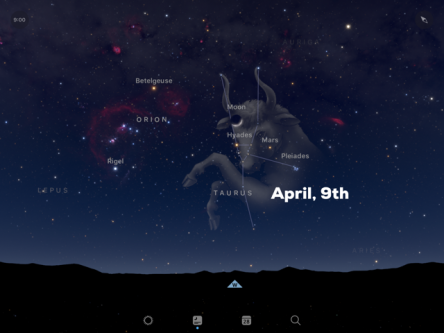 • APRIL 9 Look for Mars in between the Hyades and Pleiades star clusters in the constellation of Taurus. The crescent moon is just above the Hyades. 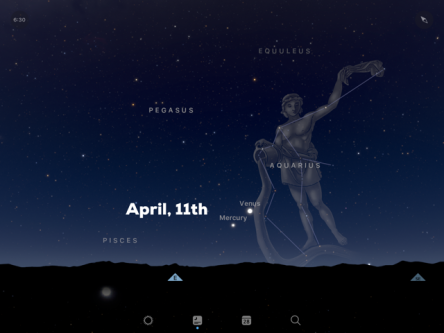 • APRIL 11 Mercury is at its greatest western elongation from the Sun. “Elongation” means that the planet is at its widest separation from the Sun. The amount of separation varies from one elongation to the other but can be anywhere from 18 to 28 degrees. With this particular elongation, Mercury is at its maximum of 28 degrees. Whenever Mercury or Venus are at their greatest “western” elongation, this means that they are seen in the eastern predawn sky. On this morning, head outside at around 6:30 AM and look low along the eastern horizon to see Mercury and Venus both very close together. A pair of binoculars and a clear, unobstructed view to the horizon will greatly aid your ability to see Mercury. 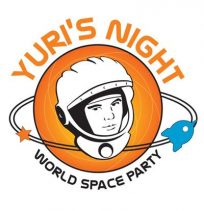 April 11 Yuri’s Night, an annual event in honor of the achievements of Russian Cosmonaut Yuri Gagarin, takes place this evening. To see if there is an event near you, or to create an event, please go to: https://yurisnight.net 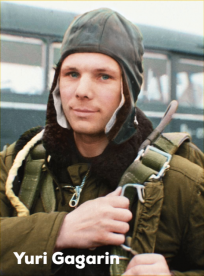 In 1961, Cosmonaut Yuri Gagarin becomes the first human to orbit the Earth. 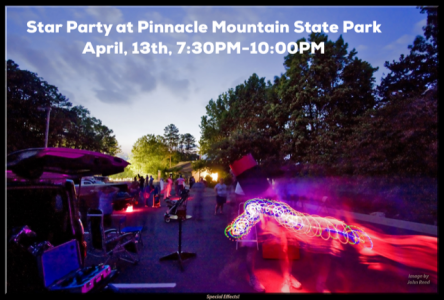 • APRIL 13 Free public star party at Pinnacle Mountain State Park, 7:30-10:00PM. Discover astronomy with members of the Central Arkansas Astronomical Society. Clouds permitting, the evening’s telescopic sights typically will include several planets, the moon, and other celestial objects depending upon what is in the sky at a given time. This is an excellent family-friendly activity for all ages to experience! 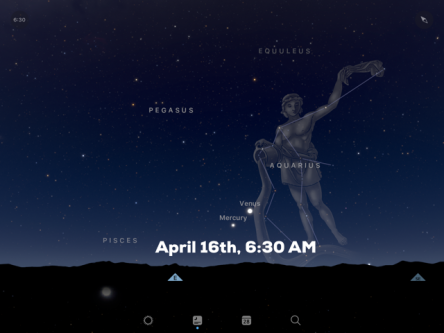 Look for a close conjunction of Mercury and Venus in the predawn skies on this morning and on the 17th.

• APRIL 22 The Lyrid meteor shower peaks during the early morning hours. Typically, this shower produces about 10-20 meteors per hour during the peak times. Unfortunately, this year, a bright waning gibbous moon will obscure all but the brightest meteors.

Earth Day is celebrated this day. 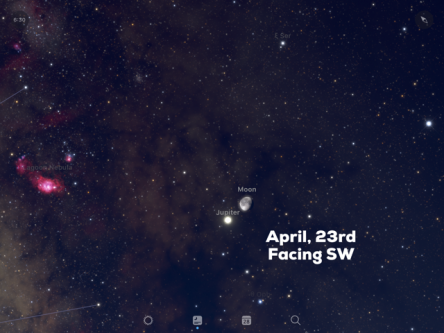 • APRIL 23 The moon and the planet Jupiter will form a very tight conjunction in the morning skies before dawn. This will be a special observing treat so make sure that you get outside this morning and look up! 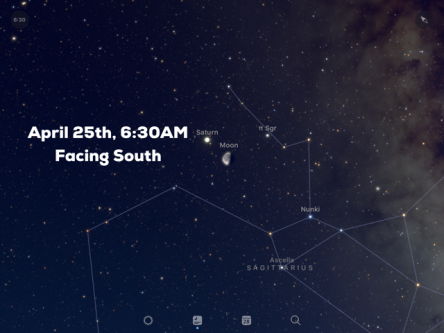 • APRIL 25 The waning gibbous moon will form a very tight conjunction in our morning sky with the planet Saturn. 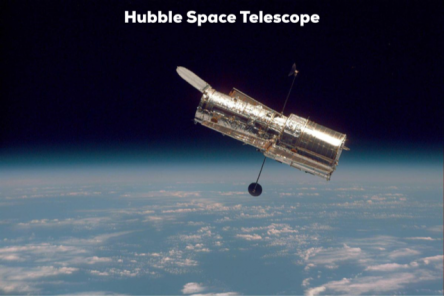 The Hubble Space Telescope enters Earth orbit after being deployed from the space shuttle Discovery on this day in 1990.

• APRIL 26 The moon is officially at last quarter phase beginning at 5:18 PM CDT.