Highlights of the May Sky 2019 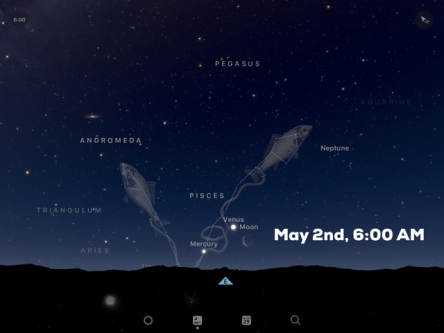 • May 2 –Look for a waning crescent moon right next to Venus in the eastern predawn sky. 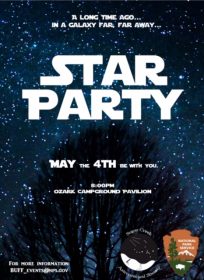 Star Wars Day, a grassroots, fan-initiated holiday that celebrates the fictional universe created by George Lucas, was established on this day in 2011. May the 4th be with you. 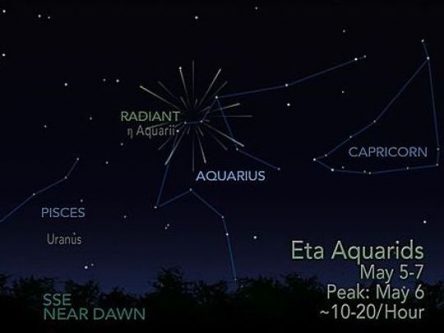 • MAY 6 – The Eta Aquarid meteor shower reaches its peak during the early morning hours. Start looking after midnight but don’t expect to see the most meteors until about 2:00 AM or 3:00 AM, up until right before sunrise.   At most, you can see anywhere from 30-40 bright meteors per hour under dark sky observing conditions. The meteors you see are fragments of Halley’s Comet. Watch our video: Observing Meteor Showers to learn how to see the most: https://ualr.edu/tv/night-sky/

This is one of the very few meteor showers this year that will not have the moon interfering. 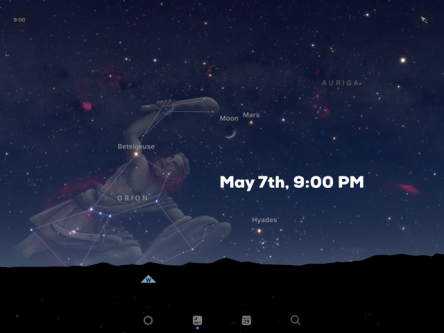 • MAY 7 – Look to the west right after sunset in order to see a beautiful crescent moon just to the left of the planet Mars. Always remember to use alignments such as these as your stepping stones to find other objects in the night sky. 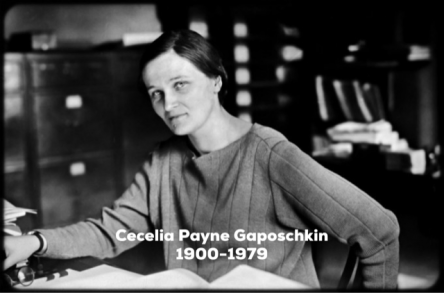 • MAY 10 –  British-American astronomer Cecilia Payne Gaposchkin was born on this day in 1900. Gaposchkin was the first astronomer to discover that the Sun and other stars are made primarily of the elements hydrogen and helium. 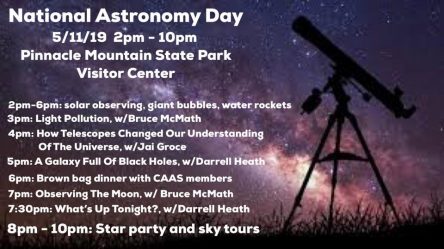 National Astronomy Day and Star Party at Pinnacle Mountain State Park from 2pm to 10pm. Astronomy Day is a grass roots movement designed to share the joy of astronomy with the general population – “Bringing Astronomy to the People.”  On Astronomy Day, thousands of people who have never looked through a telescope will have an opportunity to see first-hand what has so many amateur and professional astronomers all excited. Events include: safe solar observing, launching water rockets, lectures on topics such as light pollution, how the telescope has changed our understanding of the universe, black holes, and lunar observing. During the evening, skies permitting, there will be a public star party. All events are free and family friendly. 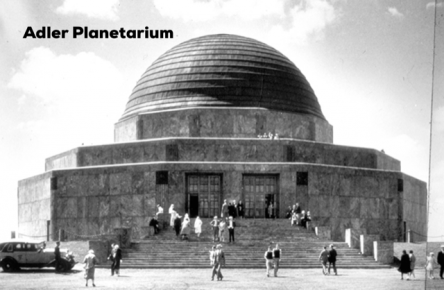 • MAY 12 –  Chicago’s Adler Planetarium, the first planetarium in the western hemisphere, opened on this day in 1930. 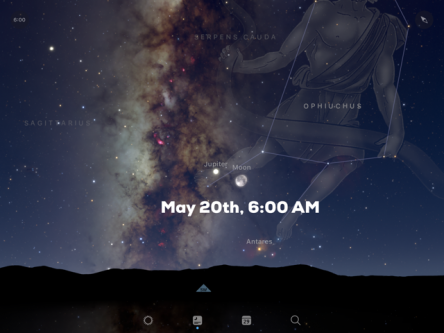 • MAY 20 –  Look to the SW before sunrise to see Jupiter and the Moon paired together in the morning sky. 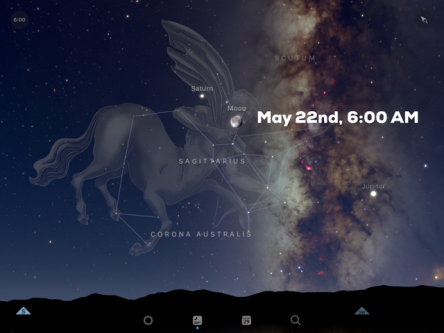 • MAY 22 –  Look south before sunrise to see the moon just to the right of Saturn. 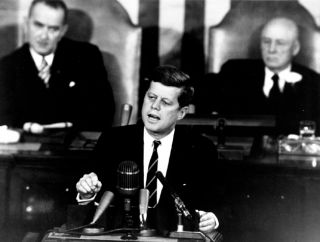 • MAY 25 –  President John F. Kennedy delivered his famous moon speech to a joint session of Congress in which he called for a lunar space exploration program.

The moon is at Last Quarter. 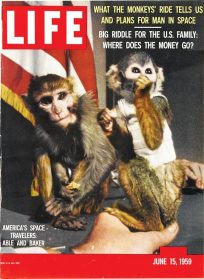 • MAY 28 –  The first primates in space, Able and Baker, made a sub-orbital flight around the Earth (and returned safely) on this day in 1959. 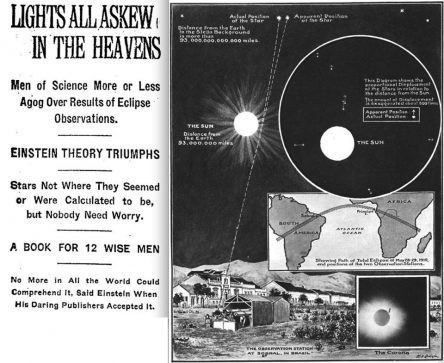 • May 29 –  Einstein predicted that, if his theory of general relativity was correct, and that matter can warp space-time, then we should be able to see the Sun’s mass warp light from the background stars during a total solar eclipse. This was proven to be true on this day back in 1919 and the discovery propelled Einstein into the international spotlight.