Highlights of the June Sky 2019 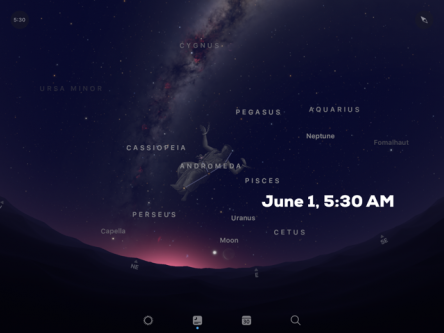 • JUNE 1 –  Just before dawn, look for a thin crescent moon just to the right of bright Venus low in the eastern sky. 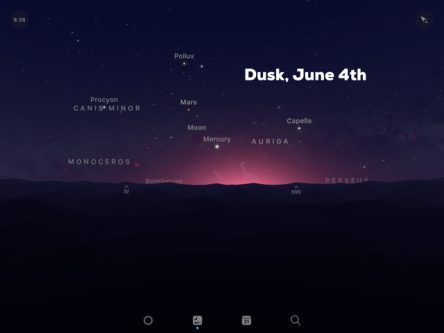 • JUNE 4 – Right at dusk, look low in the western sky for a thin, waxing crescent moon just to the left of the planet Mercury. 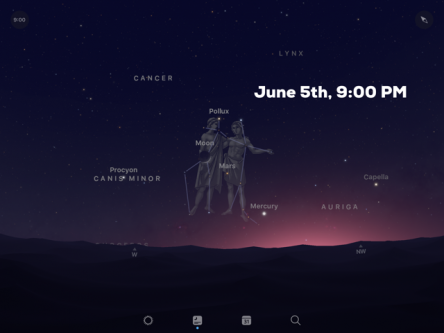 • JUNE 5 – The crescent moon is now just above and to the left of the planet Mars in the western sky. 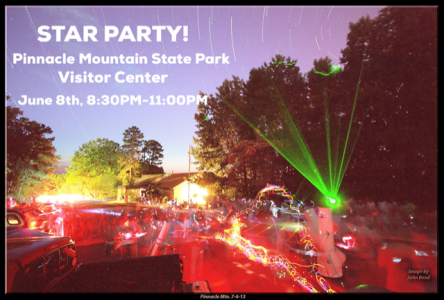 Jupiter is at opposition. A superior planet (a planet that is outside of the Earth’s orbit) is said to be at opposition when it lies directly opposite the Sun in our night sky. Looking “above” the solar system, you would see a configuration like this: Sun->Earth->Jupiter. Jupiter will rise in the east at sunset and, here in Little Rock, will reach its highest point in the sky at around midnight (32 degrees above the southern horizon). Midnight will be the best time to observe Jupiter through a telescope.

Dr. Tony Hall, myself, and various other members of the Central Arkansas Astronomical Society will conduct a moongazing party at the Laman Library in North Little Rock from 8:30 PM to 10:00 PM CDT. 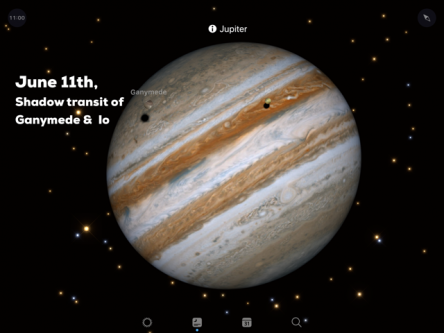 From 10:33 PM CDT to 11:33 PM CDT, Jupiter’s moons Io and Ganymede will be casting their shadows upon the planet’s disc (a double shadow transit). The only drawback is that Jupiter is still rising at this time, which means that you are having to look through a thicker amount of atmosphere, which can potentially result in blurry images. 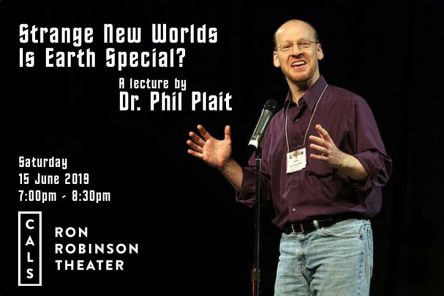 • JUNE 15 – Dr. Phil (Bad Astronomer) Plait will be presenting his Strange New Worlds (Is the Earth Special) program at the Central Arkansas Library’s Ron Robinson Theater beginning at 7:00 PM. This event is free to the public thanks to sponsorship from UA Little Rock’s Arkansas Space Grant Consortium. For more information, go here: https://cals.org/event/strange-new-worlds-is-earth-special/ 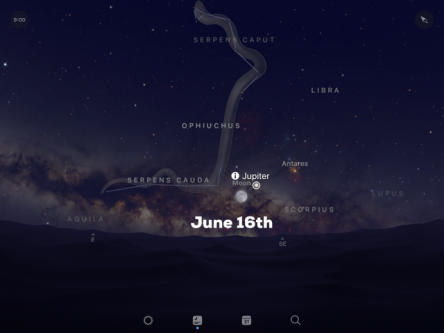 • JUNE 16 – A waxing gibbous moon and the planet Jupiter are only a few degrees apart from one another. 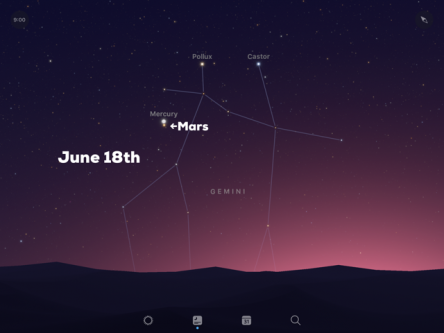 • JUNE 18 – Mercury is directly above Mars in the western sky right after sunset. You will need binoculars or a small telescope to split them. 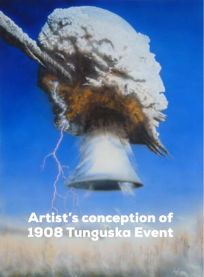 • JUNE 30- On this day in 1908, an object from space entered Earth’s atmosphere over Tunguska, a remote corner of Siberia, and detonated while still in the air. The shockwave flattened trees for hundreds of square miles.