Reaching Out for Student Success 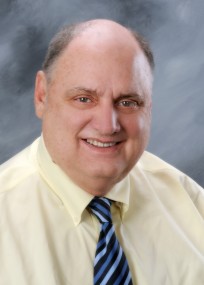 His colleague, Dr. Moira Maguire, described Dr. James A. Levernier as the very definition of a master teacher.

“Many teachers like to believe they change students’ lives, but few garner the kinds of praise that make the claim a reality,” she said. “The four former students of Jim Levernier’s, who wrote letters on his behalf, all identify this amazing quality in him.”

The professor of English is a noted scholar who has published quintessential texts in his field. However, his main true impact is his work mentoring students, particularly those whom statistics predicted would never reach their true potential.

“Dr. Levernier stands apart in that he has produced exceptional scholars not only from obviously bright and talented students but also from those students whose potential everybody else doubted,” said Jay Jensen, a 2009 UALR graduate and now an M.A. student at the University of Chicago.

In addition to his classload and scholarly responsibilities, Levernier has been an active participant in the McNair Scholars Program since it was established at UALR. Because McNair students often require extra patience and guidance, most mentors work with a single student. Levernier routinely mentors two students.

“As a student in three of (Levernier’s) American literature courses, I witnessed the stunning transformation of numerous students who imagined that they had little hope of graduating and pursuing successful careers until they ended up in his classroom,” Jensen said.

Levernier first came to UALR 35 years ago. He earned a B.A. degree in English from Marquette University in 1971 and an M.A. degree in 1973 and a Ph.D. from the University of Pennsylvania in 1975.

Bookmark the permalink.
Posted in: 2012, Teaching