Advancing the Essence of Entrepreneurship 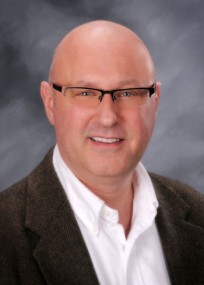 Most economists would agree that the true essence of entrepreneurship – to define, invest, build, and repeat a successful business model – is what drives economic recovery.

As the primary driver behind the campus and community integrated Entrepreneurship Program, Professor Joseph R. Bell has applied that same outlook in the academic realm and produced a prolific amount of scholarly work since coming to UALR.

“A common theme with Professor Bell’s research is expanding his audience, not only broadly within his academic peer group, but also in reaching out to help shape leading the business community’s strategic thought,” said John Hendon, senior instructor in the College of Business. “His commitment to truly integrating teaching, service, and learning is evident in each and every facet of his commitment to his profession.”

Although Professor Bell is a relative newcomer to academic research, he has published nine peer-reviewed journal articles and produced more than 60 intellectual contributions over a five-year period. His works can be found in the top ranked entrepreneurship journals, including Entrepreneurship Theory and Practice.

Mr. Bell’s 2003 case study, “Artemis Images,” is still widely used by top universities and was adopted by several top selling strategy textbooks, as well as all three editions of Technology Ventures, the number one entrepreneurship textbook geared toward non-business majors.

Three of his current case studies involve the efforts of Arkansas entrepreneurs, and he is particularly interested in providing information for area small business owners as they develop their messages for target audiences. His endeavors have strengthened awareness of UALR’s entrepreneurship program while creating opportunities for students.