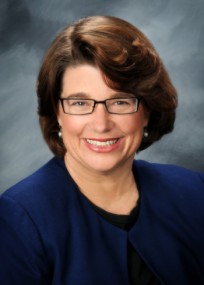 Law Professor Kelly Browe Olson has dedicated her career to advocating for children and families; educating the next generation of lawyers; and training judges, lawyers, and other professionals in conflict resolution.

Professor Olson directs the school’s Mediation Clinic, which she established shortly after joining UALR in 2001. The clinic handles mediations in conjunction with the Arkansas Dependency Neglect Mediation Project, which helps children achieve stability and safety, and the Arkansas Special Education Project, which mediates disputes between schools and parents of children with disabilities.

Jennifer Jones Taylor, coordinator for the Arkansas Alternative Dispute Resolution Commission, said Professor Olson is “passionate about the welfare of children and families. She is committed to ensuring that families coming into the legal system receive assistance resolving their conflict in a way that best addresses their particular needs, minimizes damage, and focuses on creating a better future. She consistently works to achieve that goal by using her skills and expertise in providing direct mediation services, assisting other mediators in their professional development, and working with other agencies and courts to develop effective and efficient conflict resolution programs.”

Professor Olson’s degrees include a LL.M. in child law from Loyola University, a J.D. from the University of Michigan, and a B.A. degree from Marquette University.