Merging Production Experiences with the Classroom 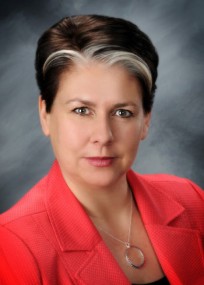 When Associate Professor Stacy Pendergraft arrived 10 years ago at the UALR Department of Theatre, Arts and Dance, the department and its programs were in a state of flux.

Professor Pendergraft immediately set about teaching theater with a production-integrated approach, merging classroom and production experiences for students and immersing them in research and analysis.

Since then, she and her students delivered performances for numerous appreciative audiences, from UALR to as far away as the Marlow Society’s Conference in historic Canterbury, England.

Pendergraft’s methods tie together concepts that support both the theatrical convention and the goals of liberal arts. It is an approach that guides students into making or creating something instead of surveying others who do. For Pendergraft, it is not so much a student’s I.Q. that concerns her, it is their M.Q.—his or her metaphorical quotient.

Robert Hupp, artistic director of the Arkansas Repertory Theatre, noted Pendergraft’s “commitment to and understanding of the vital link between the classroom and the stage.” It is an essential interaction that is evident in Pendergraft’s extensive career as actor, director, and vocal coach, as well as teacher.

Pendergraft’s own teaching philosophy lends itself to insight into her approach. “I believe that the best theater training has, at its core, the spirit of ensemble—a willingness to care for one another in the work and to draw upon the ideas and impulses of one’s fellows. It is from this foundation … students learn to drive their own processes and take ever-increasing artistic risks.”

Bookmark the permalink.
Posted in: 2013, Teaching