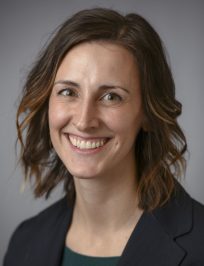 Dr. Rebecca A. Glazier is an associate professor of public affairs whose research centers on religion and politics, framing and foreign policy, and pedagogy.

Glazier’s work on religion and politics has included a focus on providential beliefs, religious peace-making, and the impact of religious organizations on congregants’ political and community attitudes and behaviors. Her articles on providential religious beliefs have influenced the work of other scholars of political science. She has worked closely with organizations from around the world to collect survey data from over 160 peacemakers.

She recently submitted a grant through Notre Dame’s Global Religious Research Initiative to support the project’s next phase involving fieldwork in Sri Lanka, Israel, and Palestine.

Bookmark the permalink.
Posted in: 2018, Research