Dr. Clifford Franklin is an associate professor in the Department of Audiology and Speech Pathology. In the classroom, Franklin prefers to engage in the sharing of ideas and works in both an intradisciplinary and interdisciplinary method to address important questions in the field, academia, and community. 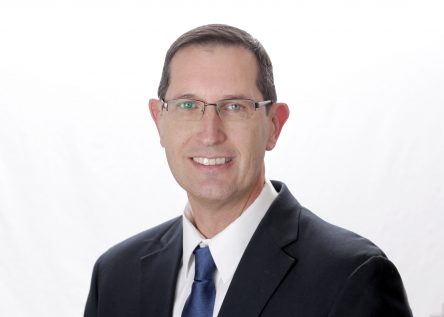 He serves in the Faculty Senate representing the College of Education and Health Professions. He is also the Research Integrity Officer (RIO) for the university. In this role, Franklin is charged with handling allegations of scientific misconduct.

Franklin is on the editorial board for the Journal of Phonetics and Audiology and serves as vice president for audiology and hearing services with the Arkansas Speech-Language-Hearing Association (ArkSHA) since 2017. In 2014, he was recognized by ArkSHA with the Distinguished Service in Audiology Research award.

In addition to service in his academic discipline, Franklin is a Lieutenant Colonel in the Arkansas National Guard. Franklin has served since 2007 and recently received his certificate of eligibility to rise to the rank of colonel later this year. Franklin is a conflict resolution director for the 189th Airlift Wing Inspector General. The 189th Airlift Wing, stationed at Little Rock Air Force Base, is responsible for aircrew training for the C-130 Tactical Transport Aircraft for the United States military and over 20 foreign countries in addition to state missions. Franklin uses his military experience at UA Little Rock by serving as faculty advisor for the Bowen Student Veteran Organization at the Bowen School of Law.