Dr. Jin Wook Lee is an assistant professor in systems engineering. He has been a member of the faculty at UA Little Rock since 2013. Previously, Lee was a senior engineer at Samsung in South Korea. He connects with his students through a “disciplined, yet friendly” approach to instruction. 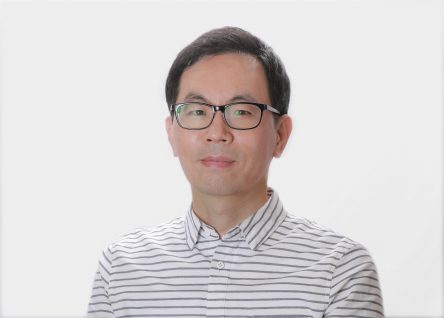 Lee gives “high priority” to his teaching performance, which is reflected in his excellent student evaluation scores. He has taught Heat Transfer and Capstone Design, two of the more difficult mechanical systems courses. He has refreshed several other courses in the curriculum, including Computational Fluid Dynamics and Advanced Fluid Mechanics.

Lee uses his own real-life experiences as examples in the classroom and enjoys helping students understand new concepts and establish strong foundations to build their future careers. He contributed to the development of the Bachelor of Science in Mechanical Systems Engineering at UA Little Rock and developed courses in fluid mechanics and computational fluid mechanics.

Examples of Lee’s mentorship lie in the accomplishments of two of his students who excelled under his mentorship. One student was awarded the Signature Experience Project grant for research in 2018, and the other was a participant in the Summer Undergraduate Program of Entrepreneurship and Research in 2015. Lee has been a member of the American Society of Mechanical Engineers (ASME) since 2010. He was awarded two grants from NASA in 2015 and 2017 and has two patents pending.

Lee holds a Ph.D. in Mechatronic Systems Engineering from Simon Fraser University in Canada; an M.S. in Aeronautics and Astronautics from the Massachusetts Institute of Technology; and a B.S. in Mechanical Design from Yonsei University in South Korea.