Dr. Mary Yang is an associate professor of Information Science and is the lead instructor for bioinformatics courses. She has extensive education and systematic research training in biomedical science and computer engineering. 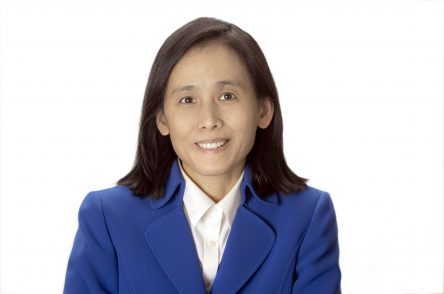 Yang strives to produce quality, meaningful research and has published more than 100 research articles and earned eight “best paper” awards. Her goal is to “build a strong research agenda that tackles current challenges in bioinformatics and data science fields.” Yang established the Systems Genomics Laboratory at UA Little Rock to conduct research and train a new generation of scientists. She enjoys mentoring students and supporting them in their research endeavors.

Yang became the director of the Joint Bioinformatics Program of UA Little Rock and the University of Arkansas for Medical Sciences, a partnership that has proved highly productive and rewarding. Her contributions to the field laid the groundwork for high-level research development and scientific training in the region.

In 2017, she served as a visiting associate professor in the Department of Genetics at Yale. That same year, Yang received two awards for her research and was elected to the boards of directors of the MidSouth Computational Biology and Bioinformatics Society. She is a member of Sigma Xi: The Scientific Research Society; the Institute of Electrical and Electronics Engineers (IEEE); Association for Computing Machinery (ACM), MidSouth Conference on Computational Biology and Bioinformatics (MCBIOS); and is a Fellow of the International Society of Intelligent Biological Medicine (ISIBM).

Yang has a Ph.D. in Computational Science in Biological Physics, an M.S. in Experimental Solid State Physics, and a master’s degree in computer engineering from Purdue University; and a B.S. in Applied Engineering Physics from Hunan University in China.