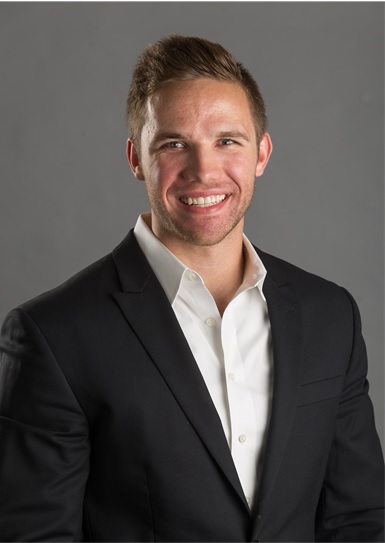 Adam Rose graduated this month from the UA Little Rock William H. Bowen School of Law — the culmination of a life-long ambition to help people who have difficulty helping themselves.

“When I was much younger, I wanted to be Batman,” Rose said. “But as I got older, I realized that wasn’t possible because I wasn’t insane and I didn’t want to die.”

Instead he considered going into law enforcement. The more he looked into it, though, the more he realized that the people who really make a difference long-term are the policy makers and those who enforce laws in a courtroom. It’s a safer alternative to becoming a caped crusader—Batman with a briefcase.

Rose moved from Plano, Texas, to Fayetteville, Arkansas, to complete his undergraduate and graduate degrees. As an undergraduate, he completed a double major in criminal justice and sociology. He also double minored in theater and legal studies. His graduate degree is in criminology.

“I tell people my theater minor helped in law school 10 times more than legal studies,” Rose said. “Performance in front of a crowd, and the confidence that comes with it, helped me prepare to be in a courtroom.”

While a graduate student, Rose taught general sociology, often with 350 students in a class. He is also a Certified Personal Trainer and was the head personal trainer at the University of Arkansas.

“I loved teaching,” he said. “And I never want to lose my personal trainer credentials.”

Rose was set to apply to law school at the University of Arkansas, but his mentor suggested he investigate Bowen because of the school’s reputation for practical skills training, access to clerkships, and networking opportunities.

He applied to Bowen at the absolute last second, immediately after he finished his graduate thesis on human trafficking. He was accepted and moved to Little Rock without even visiting.

Rose’s three years at Bowen have been busy.

He has kept up his personal training business, working with clients who are professors and students and taking advantage of the Bowen gym’s convenient location. However, he limited his availability so he could focus on his studies.

Rose has also worked as an extern for U.S. Magistrate Judge Beth Deere and clerked for The Law Firm of Peter Miller, the Barber Law Firm, the U.S. Attorney’s Office, and Arkansas Access to Justice. He clerked at the County Prosecutor’s office in Collin County, Texas (the county of his home city of Plano).

He is currently a law clerk with the Medical-Legal Partnership at Legal Aid of Arkansas. His Rule XV status allows him to provide a variety of legal services.

“I recently did a custody hearing on Zoom,” Rose said. “I didn’t know where to look. My client was next to me in the room, but the judge wasn’t in my peripheral vision, like they are in a courtroom.”

Rose served as a Dean’s Fellow in the fall of 2018. These upper level students are an integral part of Bowen’s Student Success Program. They lead, mentor, and teach expert learning skills to small groups of first-year students during the fall semester of each academic year.

Rose served as Dean’s Fellow Manager in the fall of 2019. During First Week, he was in charge of Bowen’s most ambitious community service to date, at Booker T. Washington Elementary, which was conducted during a record-breaking rain.

“It was a crazy, fun, wet experience,” he said, laughing. “But we got a lot done for the school. I was excited to be a part of it, and I can’t wait to see how the program succeeds in the future.”

Rose’s other favorite law school experiences include being a member of the Arkansas Journal of Social Change and Public Service, where he published an article on human trafficking, being active in the Delta Theta Phi legal fraternity, and competing on Bowen’s trial team.

His team competed early in the academic year, in an Alabama competition. He performed well, as did the entire team.

“I really enjoyed the competition and the practical experience.” Rose said. “It was more work than I had expected it to be, but it was a lot of fun.”

One of his last duties was helping select the new trial team members.

“I liked everyone, but those are my top three,” he said. “They were engaging and relatable. I felt like they were invested in us learning the material, and they cared about what they were teaching. As a student, that plays a huge role in wanting to be in class. As a teacher, I know that’s not easy to do every day.”

And, of course, he has finished law school during a pandemic.

“It hasn’t been easy,” Rose said. “It’s hard to put class and work into perspective when nothing else is in perspective. Without a graduation, the sense of finality is missing.”

Now that classes are finished, Rose is studying for the bar exam. If plans hold, he will sit for the bar in Arkansas and then transfer his scores to Texas. He is ready to return home and start his career there.

“I really want a career as a prosecutor,” he said.

Rose leaves Arkansas with more than diplomas and memories. He and fellow Bowen graduate Lucy Parks Shackelford are engaged. They met their first year of law school when they were in the same study group. She will be pursuing her LL.M. in Taxation at SMU’s Dedman Law School. Pandemic allowing, they plan to marry in October.

So, if you’re in the Dallas area, near the courthouse, keep an eye out for a shadowy figure with a briefcase under his cape. Chances are, it will be Rose.