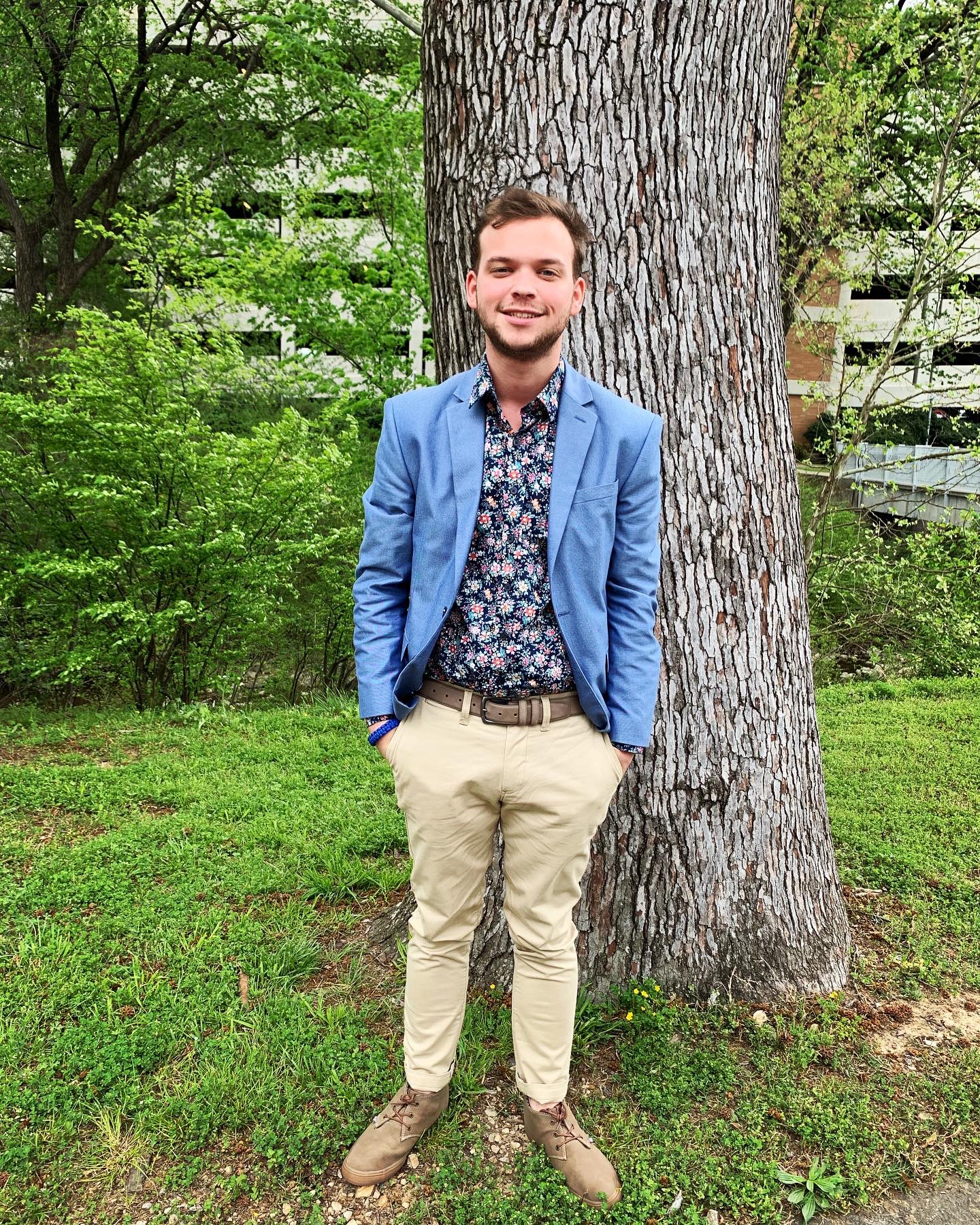 A University of Arkansas at Little Rock spring graduate with a passion for storytelling has been selected for a competitive summer internship that will serve as the next step in his promising career as a journalist.

Kolton Rutherford, of Maumelle, has graduated from the University of Arkansas at Little Rock with a bachelor’s degree in mass communication and a minor in sports management.

Following graduation, Rutherford has been selected for a summer internship with the Arkansas Newspaper Foundation, which sponsors college journalists to work as interns in newspapers who are members of the Arkansas Press Association. Rutherford will spend the summer working at the Log Cabin Democrat in Conway.

In the fall, Rutherford has been accepted into UA Little Rock’s graduate program in professional and technical writing. After earning his master’s degree, he plans to work as a reporter or in sports communication, though his love of journalism began long ago.

“I’ve been interested in journalism for most of my life,” he said. “I loved sports growing up. While I played sports until I was 14, I wasn’t very good at playing, but I knew a lot about sports. I come from a family who has done a lot of writing. First, I got into sports writing. Being a sports writer one day was my plan coming into school, but now I’ve grown to love all kinds of journalism.”

Just as Rutherford always knew he would become a journalist, he was just as certain that he would one day join the Trojan family.

“I knew from the ninth grade on that UA Little Rock was the school for me,” he said. “It was close to my home, and I had heard good things about its mass communication program. After speaking to the professors when I was in the 11th grade, that is when I made the choice.”

He came to UA Little Rock on a Chancellor’s Leadership Corps scholarship with a goal to gain as much experience as possible. He’s stayed true to that goal, serving as sports editor of UA Little Rock’s student newspaper, The Forum, an athletics communication intern for Little Rock Athletics, and a news intern for UA Little Rock Public Radio.

“The most important thing I’ve learned in college is to learn as much as possible,” Rutherford said. “I worked at The Forum for four years. I’ve done two internships. I’ve learned new skills. I’ve really worked hard to become a well-rounded journalist. I have experience in multiple fields now, and I’m not closing the door on any path.”

Rutherford is thankful to several of the professors and journalists who have guided him during his time at UA Little Rock.

“I would say two of my favorite professors were Sonny Rhodes and Chris Etheridge in the mass communication department,” he said. “Sonny’s been my advisor for the past four years. He’s been a great help. I really look up to him. Last May, I met Professor Etheridge. He was my internship advisor, and he helped me to understand how much I could learn by going to KUAR. The staff at KUAR, including Michael Hibblen, Sarah Kellogg, and Daniel Breen, has been a great help this past semester during my internship.”

Rutherford is an award-winning college journalist who’s received honors in feature writing, sports writing, and outstanding reporting from the Arkansas College Media Association and the Arkansas Pro Chapter of the Society of Professional Journalists. As a freelance journalist, he’s been published in the Arkansas Democrat-Gazette, the Daily Record, and the Lewiston Sun-Journal on stories covering local news, sports, education, and government affairs.

“On the academic side, my internship with KUAR was by far my favorite experience. A close second was working for our campus newspaper,” he said. “Outside of that, I met my soon-to-be wife at UA Little Rock. Katie Kornreich graduated last year. She was an American sign language interpreting major, and we met in a science class. We were supposed to get married this August, but we’ve now moved it to August 2021.”

His advice for new students to be successful is to take advantage of all available opportunities to gain as much experience as possible.

“I would tell new students to try to learn as much as you can in many different areas,” Rutherford said. “It will pay off if you can do multiple things, and you can do them well. When I first came to school, I thought I would just be a writer. I’ve now learned how to use cameras and work for a radio station. I’ve learned so much more than I ever imagined.”