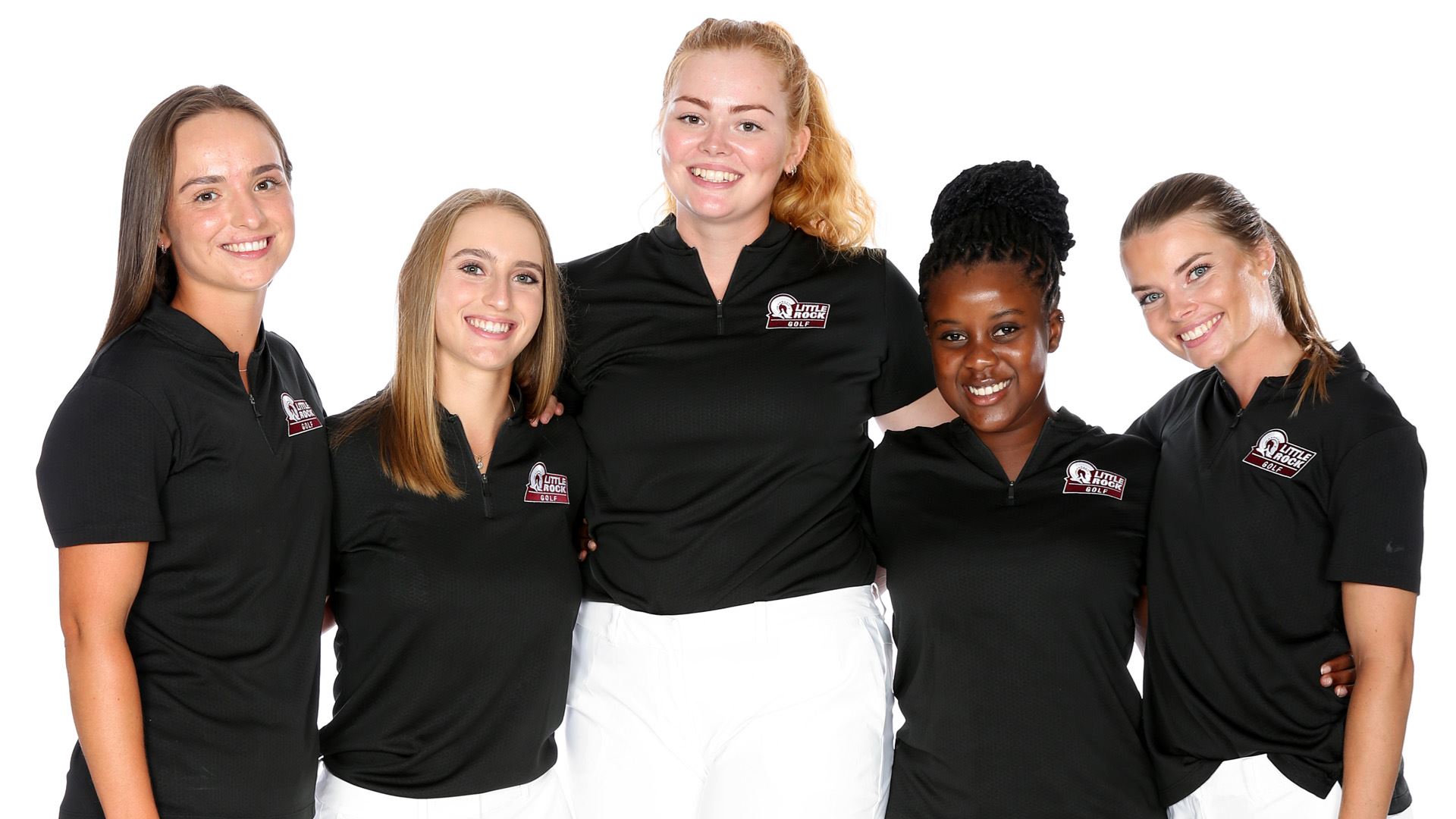 Coming off an incredible year in the classroom, the University of Arkansas at Little Rock’s entire women’s golf roster has been named to the 2019-20 Women’s Golf Coaches Association (WGCA) All-American Scholar Team. It marks the sixth time in the last seven seasons Little Rock has had at least five golfers recognized with the prestigious honor.

The group was led by senior Thea Wakeford-Wesmann, who closes her Trojan career having been named a WGCA All-America Scholar in each of her four seasons of competition. The Oslo, Norway, native graduated in May with a degree in economics, boasting a 3.975 GPA during her time in Little Rock.

Sophomores Malena Austerslaatt, Tilde Bocker, Kellie Gachaga, and Sydney Scraba were each named to the All-America Scholar for the second time in their career after each received the honors as freshmen. All four boast a cumulative GPA of 3.6 or higher with Austerslatt, Bocker, and Gachaga all registering a perfect 4.0 for their Little Rock careers.

The academic honors for Little Rock is another in a long line of accolades as the team boasted a department-record 3.95 GPA during the spring 2020 semester, coming off a 3.83 mark in the fall. As a team, the Trojans’ combined cumulative GPA is 3.93, making it one of the highest in the country.

The five selections are tied for the second-most in program history, one shy of the six All-America Scholar selections in 2019. The Trojans had five golfers named to the prestigious team in 2014, 2015, 2017, and 2018.

Founded in 1983, the WGCA is a non-profit organization representing women’s collegiate golf coaches. The WGCA represents over 600 coaches throughout the U.S. and is dedicated to educating, promoting, and recognizing its members and the student-athletes they represent.

The criteria for selection to the All-American Scholar Team are some of the most stringent in all of college athletics as the minimum cumulative GPA is 3.5. A total of 1,401 student-athletes were recognized for their academic achievements in 2019-20.