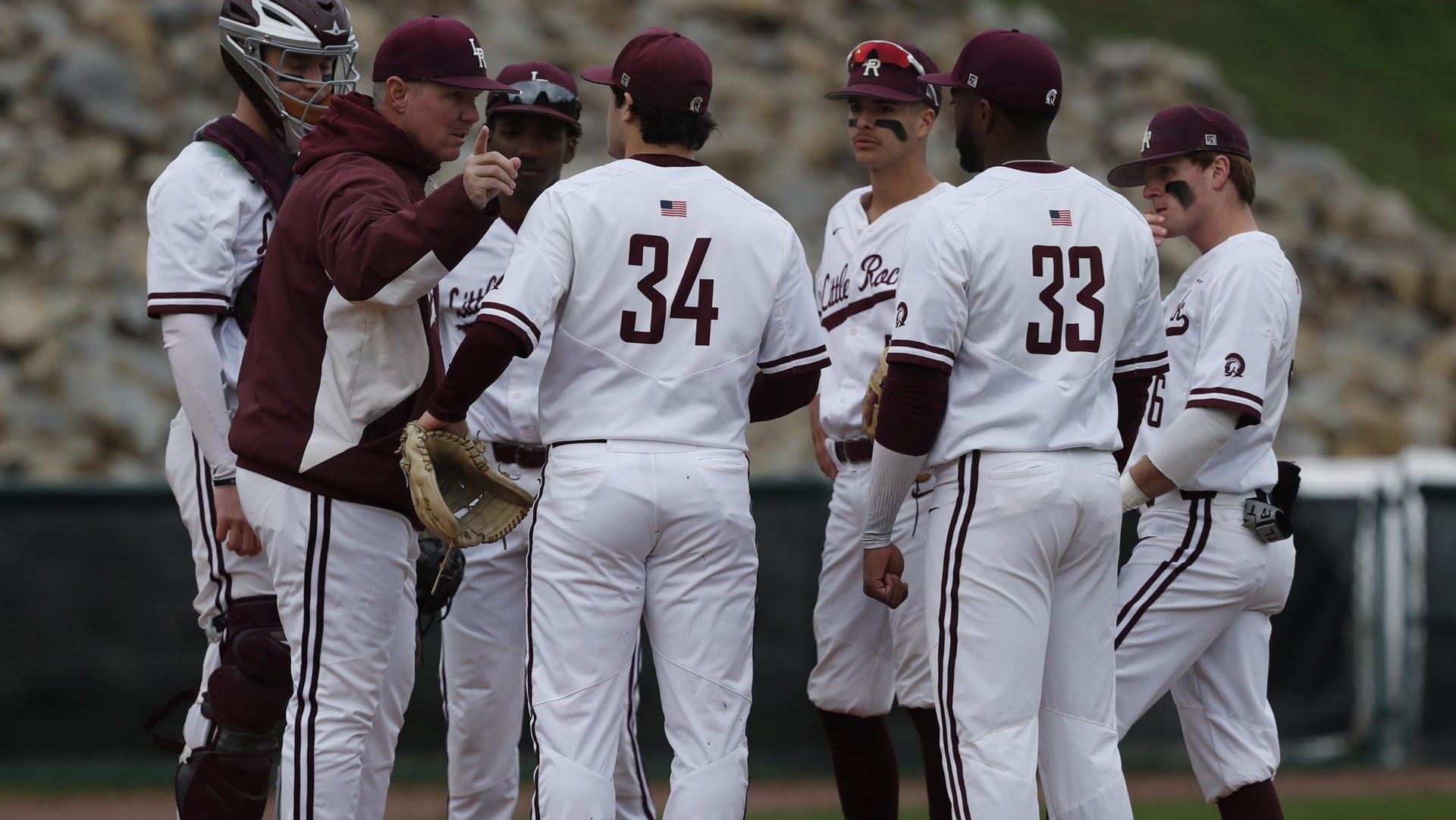 Little Rock baseball has been recognized for its work in the classroom, earning 2019-20 American Baseball Coaches Association (ABCA) Team Academic Excellence honors. It marks the fourth time in the past five years under head coach Chris Curry the Trojans have received national recognition.

To be eligible, teams had to post a team GPA of 3.0 or above for the entire 2019-20 academic year. Little Rock posted a 3.32 cumulative team grade point average during the academic season, finishing with a 3.328 in fall 2019 and a 3.308 during the spring semester.

On the baseball team, 78.1% of Little Rock’s roster finished the spring semester with a GPA of 3.0 or higher with six players posting a perfect 4.0 during the academic term.

The success in the classroom matched a strong start on the field for Little Rock in 2020 as the Trojans were hitting their stride before the sudden cancelation of the season in March. Little Rock had posted nine wins, including a handful against NCAA tournament teams, and had already notched three Sun Belt Player of the Week honors in Kale Emshoff (Feb. 25) and Aaron Funk (Mar. 3 and Mar. 10).

Little Rock was one of five Sun Belt teams to receive the recognition, joined by Arkansas State, Coastal Carolina, Georgia Southern, and Louisiana. With the honor, the Trojans have now had six of their athletic programs recognized by respective national organizations for academic success as baseball joins men’s and women’s golf, swimming and diving, soccer, and volleyball.