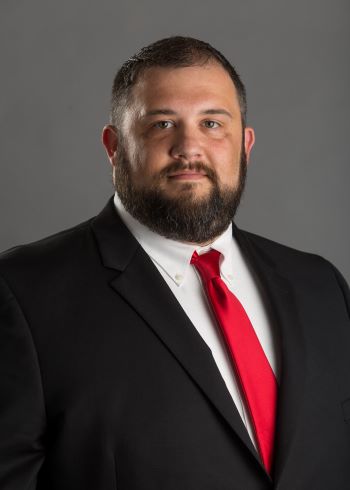 Coleman’s article, “Wake Up or Get Woke: The Paradox of America’s Diplomatic Export of Hip Hop,” was written in Professor andré cummings’ Hip Hop and the American Constitution course during the fall 2019 semester.

Originally from Greenwood, Arkansas, Coleman relocated to Little Rock in 2013 pursuing work as an electrical engineer. He said his interest in compliance and patent law led him to Bowen Law School in hopes of expanding his career options in engineering and regulatory work.

In fact, Coleman’s interest in taking the hip hop course meant getting permission from his boss to leave work early on class days, but he said it was all worth it in the end.

“The class exceeded my expectations,” Coleman said. “I had no idea how much and how deep hip hop and the law interact. I went in thinking it would be more like entertainment law, and it was so much more than that.”

The article Coleman wrote discusses the U.S. State Department’s soft-diplomacy efforts that send musical ambassadors to other countries. Hip-hop artists have been participating in the American Music Abroad program since 2001, and jazz artists were part of the Cultural Presentations program in the 1950s, as Colman discovered. Both programs were designed to enhance the reputation of American culture while combating anti-American feelings abroad.

Coleman said his research during the course began as a broad overview, but then he discovered the American Music Abroad program.

“It was surprising to me,” he said. “It seemed so far apart, an anti-establishment art form being promoted by an establishment program.”

The parallel between the exportation of 1950s jazz and 2000s hip-hop led Coleman to a discussion of the similar legal issues each group has faced. African American artists have long dealt with cultural and artistic appropriation in addition to being marginalized by their own government.

“There is a paradox,” Coleman said. “These artists have been asked to represent a country that is still unjust to them and to their communities.”

Coleman said it was professor cummings that encouraged him to submit the paper for publication and even walked him through the process. They reviewed journals dealing with entertainment topics, including UC Hastings. From submission to publication, he said the process took most of 2020.

“Kalen’s paper is one of the best student papers I have ever read,” cummings said. “The subject matter is provocative and fascinating — that the United States is using hip-hop and its artists to promote American ideals of entrepreneurship and creativity abroad, all while the genre and artists are attacked at home. I learned a lot about U.S. soft-diplomacy reading this paper.”

Coleman’s article can be found here.