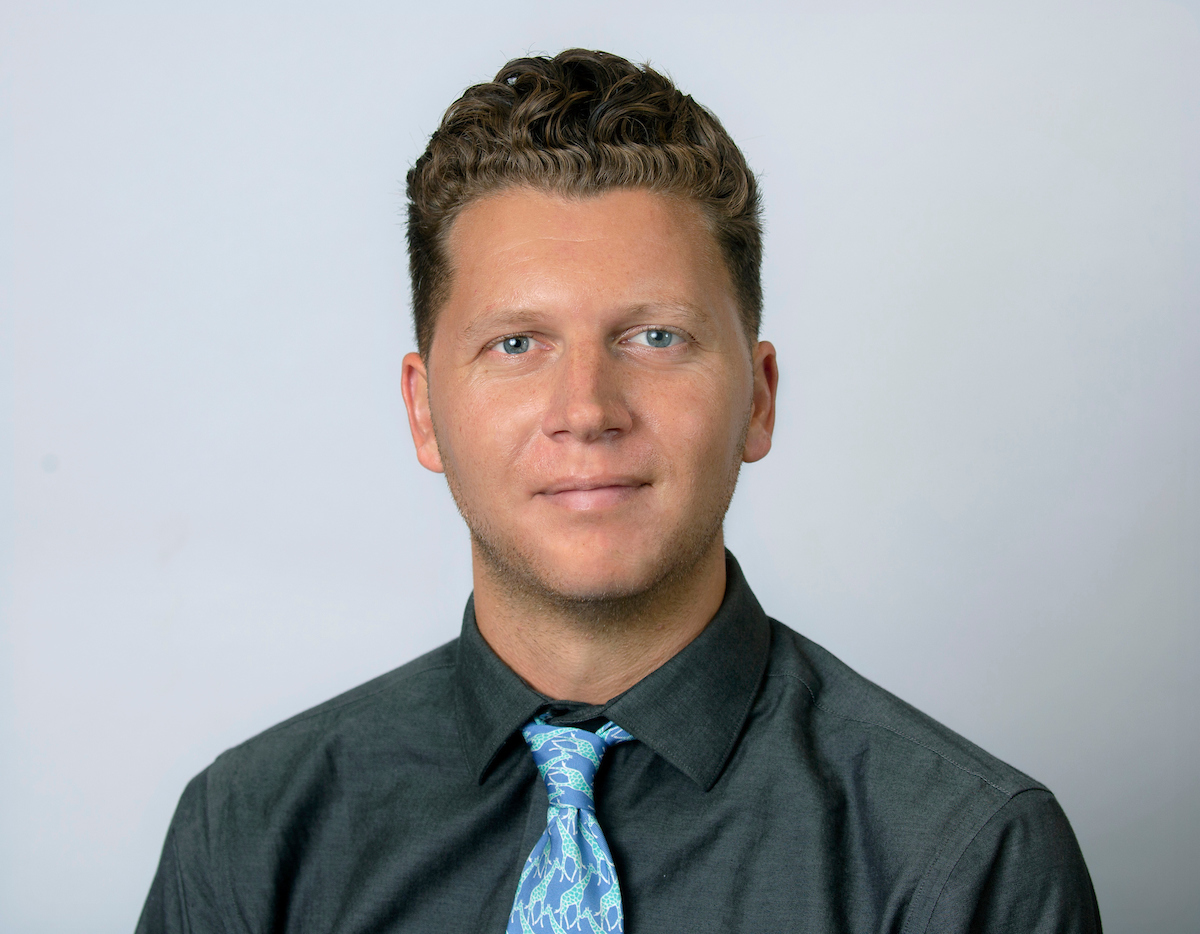 A University of Arkansas at Little Rock history professor has created a digital history project that brings to life the untold story of the enslaved colonial people who were sold as national property during the French Revolution.

Dr. Nathan Marvin, assistant professor of history at UA Little Rock, created the website, “Enslaved by the Church, Sold for the Republic,” to tell the story of what happened to the enslaved people that were owned by the Roman Catholic Church in the French colonies.

During the French Revolution in 1789, France’s newly formed National Assembly seized the property and assets belonging to the Catholic Church. Much of the church’s property was sold to raise money for the French government, including hundreds of enslaved people living on church properties in France’s colony of Reunion Island.

“This digital storytelling project allows a wide range of users to discover a long buried episode of slavery,” Marvin said. “I wanted this website to show what happens when you center the project around the experiences of the enslaved, rather than the voices of priests and politicians that show up most often in the records. Enslaved people were not the priority of priests’ and politicians’ record keeping. Recording their experiences requires looking in some unexpected resources and looking between the lines to find clues on their experiences.”

The website highlights the lives behind the numbers and highlights where acts of resistance are legible even in archives designed to control, surveil, and commodify.

The website also examines two very different cases of what happened to enslaved people in the colonial French empire. In Saint-Domingue, which is now known as Haiti, the people of this Caribbean island held a prolonged uprising that resulted in independence. On the other side of the world, in the French colony of Reunion Island in the Indian Ocean, hundreds of men, women, and children were declared “national property” and sold at public auctions.

Within these “haunting documents” that provide “horrendous, matter-of-fact statements of sale,” Marvin said you can still find examples of humanity and resistance.

“There is a mentality that this is just how things were back then, but that’s absolutely not true,” Marvin said. “Some of the priests and politicians involved in the sale of these enslaved people admitted it was morally wrong, but did it anyway. Enslaved people themselves are constantly resisting. You can see examples of resistance all the time in the records.”

One example involves Pierre Louis, an 11-year-old from Ste. Marie parish on Reunion Island. Municipal officers were instructed that only married slaves and their children under the age of seven should be sold together in the same lot. Pierre’s name was listed next to his parents, and a municipal officer intended to separate him from his family had his mother and father not intervened.

Another example found involves a free woman of color named Agathe. She purchased four enslaved people named Jean Marie, Julie, Pétronille, and Marc. Marvin suspects that Agathe may have been a former slave who was looking to save her friends and family who were put up for auction.

“It was not unusual for free people of color to purchase their own relatives and then apply for manumission papers from the colonial government,” he said.

Not listed for sale was 90-year-old Amand, who was supposed to “retire” and stay with the priests on the estate where he spent his entire life. During the auction, it was announced that Amand wished to remain with his two adult children, Denis and Pauline, who were up for auction. The family remained together and were purchased by Citizen Deshommes.

Marvin’s digital history project is shining light on an unknown chapter in slavery at a time when many religious institutions are recognizing their roles in slavery and participating in reconciliation, remembrance, and restitution projects. The most well-known of these memory projects is Georgetown University. Maryland’s Jesuit priests sold 272 enslaved people in 1838 to raise money for the construction of the university.

Marvin said that most of his students are surprised to learn about this period in history. It can be tough to guide students who are questioning how to move forward in reconciling the crimes of the past with the present. He recalled a particularly memorable conversation with a student who lived on Mauritius, another former French colonial island near Reunion Island.

“In 2015, a student from the University of Mauritius asked me what she was supposed to do as both a descendant of enslaved people and as a Catholic,” Marvin said. “I think now, some within the church itself have a good answer. These are places [Mauritius Island] where the church once tried to keep its records closed. They feared opening these records could cause social tension. The stance among many in the church now, including the Jesuits, is to recognize the wrongs of the past and seek redress for descendant communities. If the churches in Reunion and Mauritius take that stance, it will go a long way.”

digital history projectEnslaved by the ChurchFrench Revolutionmemory projectsNathan MarvinReunion IslandSaint-Domingueslavery in French coloniesslavery in the Catholic ChurchSold for the Republic
Share this Post:
« UA Little Rock to Honor Alum Dr. Sara Tariq at 2022 Taste of Little Rock
Upper-level Course Set to Travel to Spain this Summer »