Why Arkansas’s law prohibiting sex-selective abortion is problematic for Asian-Americans.

The term “sex-selection” is used to describe an attempt to control the sex of potential off-spring. Though there are many methods to control the sex of a fetus (the most popular being artificial insemination and in vitro fertilization), the method the Arkansas legislature chose to address is sex-selective abortion. Arkansas’s “Sex Discrimination by Abortion Prohibition Act” prohibits physicians from performing abortions with the knowledge that the pregnant woman is obtaining the abortion based solely on the sex of the fetus. The Act requires doctors to ask if their pregnant patient knows the sex of her fetus and, if so, requires doctors to inform the patient that she may not seek an abortion based on the sex of the fetus and to obtain the medical records of the patient relating to her entire pregnancy history. 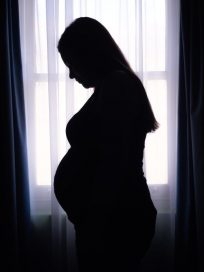 Though the Act is presented as pro-female legislation (the Act states that “Women are a vital part of our society and culture and possess the same fundamental rights as men”), in reality, it is a gross intrusion into the doctor-patient relationship based on the offensive stereotype that Asian-Americans do not value the lives of their female children. Representative Charlie Collins, the sponsor of the bill, conceded this, stating that the reason for the legislation was “immigration to the state of couples from countries where pregnancies are terminated because the sex of the fetus is considered undesirable.” This assertion is not only insulting, but baseless.

Given this data, sex-selective abortions are not as widespread a problem as the Arkansas legislature purports them to be. Representative Collins admitted that he is not aware of a single incident in Arkansas where a woman had an abortion upon discovering the sex of the fetus. In fact, there is limited and inconclusive evidence that Asian immigrants are obtaining sex-selective abortions at all in the United States. So why have a piece of legislation meant to curtail something that is not even happening?

The practical (and arguably, the intended) effect of the Act is to restrict access to abortion as a whole. This is not surprising, as the Act was only one of four new abortion laws passed in 2017. Among the new laws were a prohibition on a common second trimester procedure and a fetal remains law that many feared would require a woman seeking an abortion to acquire her partner’s consent beforehand. The ACLU of Arkansas and the Center for Reproductive Rights brought suit challenging the measures, resulting in U.S. District Court Judge Kristine Baker issuing preliminary injunctions against the new restrictions. In her opinion, Judge Baker wrote, “These [laws] do not advance interest in women’s health because delay and other negative effects instead threaten women’s health and wellbeing.”

Giving the Arkansas legislature the benefit of the doubt, if it truly wishes to fight against sexism, there is a wealth of data pointing to inequality between the sexes in health, education, and economic status. A 2012 Interim Study Proposal authored by Representative Kathy Webb reported that 16.2 percent of Arkansas women and girls were uninsured, while the national average of uninsured women was 13.5 percent. Regarding education, Arkansas ranks among the lowest in the country of women 25 years or older with a bachelor’s degree. The Arkansas female high school drop-out rate is 3.5 percent, lower than the 4.7 percent dropout rate of Arkansas men, but still higher than the U.S. drop-out rate of 2.7 percent. Finally, the poverty rate for women in Arkansas is the 7th highest in the nation. A 2016 report found that 20.4 percent of working-age women in Arkansas fell below the poverty line, while the percentage for working-age men was 15.8.

We can all agree that sexism has no place in our society. Using racist stereotypes to restrict reproductive rights, however, solves nothing. Women should feel free to have open and honest conversations with their doctors. Forcing doctors to scrutinize why a patient elects to have an abortion obstructs the doctor-patient relationship and leaves patients feeling humiliated. Rather than acting altruistic in addressing a non-existent problem, the Arkansas legislature should use its time and resources enacting legislation that provides real solutions to the real problems of Arkansan women.