B.A. in World Languages with a concentration in Spanish

The B.A. in World Languages with a concentration in Spanish consists of 30 credit hours above the 1000 level. An accelerated option is available for students who already have advanced proficiency in Spanish (usually native or heritage learners), which will allow you to progress more rapidly toward degree completion. 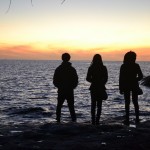 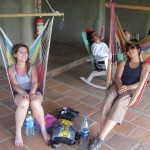 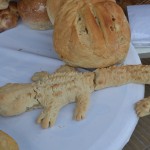 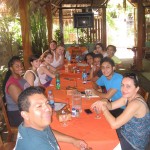 B.A. in World Languages with a concentration in Spanish (Fall 2020+)

The Spanish concentration requires 30 hours of SPAN courses beyond the 1000-level, completed in 3 blocks. Please note that the two-semester Elementary Spanish sequence (SPAN 1311 and SPAN 1312) does not count toward the 30-hour requirement, but they are prerequisites to SPAN 2311: Intermediate Spanish (unless a student demonstrates equivalent proficiency through the WebCAPE placement exam or by other means)

Blocks must be completed in order and with a grade of C or better in order to proceed to the next block. Courses within blocks may be taken in any order, unless otherwise specified.

A minor in another discipline is required for the B.A. in World Languages degree. This requirement is waived for double majors and for students who already hold a bachelor’s degree.

To declare a major in World Languages: Spanish or to schedule an appointment with a Spanish faculty advisor, contact the Department of World Languages at worldlanguages@ualr.edu or 501.916.3272.

B.A. in World Languages with a concentration in Spanish: Accelerated Option (Fall 2020+)

The accelerated completion of the Spanish major is designed for students (usually heritage speakers, or students who grow up speaking Spanish at home but have not studied the language formally) who can demonstrate advanced proficiency on the American Council on the Teaching of Foreign Languages (ACTFL) scale through the official Writing Proficiency Test (WPT) and Oral Proficiency Interview (OPI).

A student desiring accelerated status toward completion of a major in World Languages: Spanish may demonstrate proficiency as prescribed below and obtain 18 or 21 hours of credit (CR), 12 or 15 of which will respectively count toward the 30-hour major requirement. To demonstrate eligibility for accelerated status in Spanish, a student must prove oral and writing proficiency by taking an official Oral Proficiency Interview (OPI) and an official Writing Proficiency Test (WPT) from ACTFL (American Council on the Teaching of Foreign Languages). Students passing the WPT and OPI with a score of advanced-low will be granted 18 hours of credit (CR) for the following courses: SPAN 1311, SPAN 1312, SPAN 2311, SPAN 3301, SPAN 3313, and SPAN 3314. This will leave the student with 6 courses (18 hours) to complete for the major.

For more information on receiving credit for advanced proficiency, contact the Department of World Languages at worldlanguages@ualr.edu or 501.916.3272.