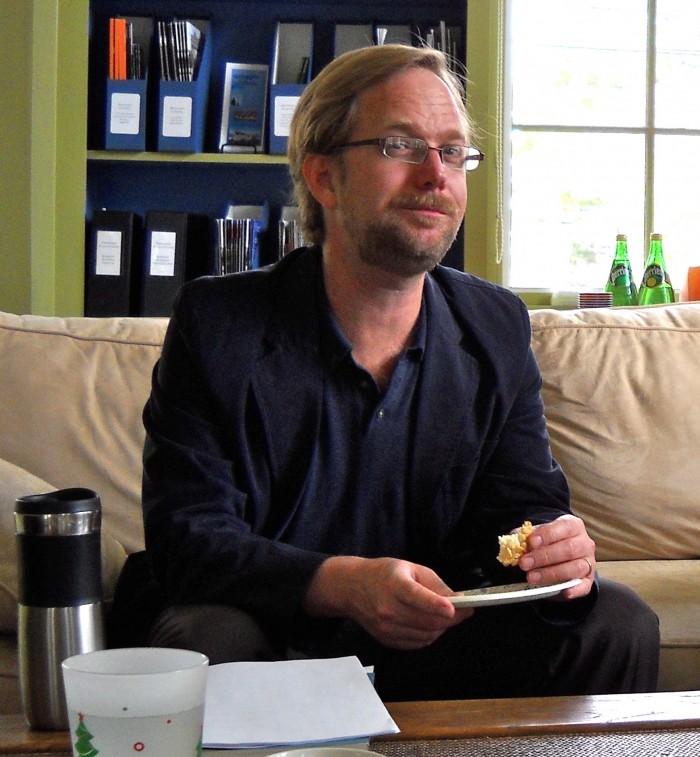 Dr. Simon Hawkins is an Associate Professor of Anthropology. His research examines the positioning of the local in the global, paying particular attention to the intersection of gender, language, nationalism, and religion. The focus of his work is Tunisia, where he served as a Peace Corps volunteer and has conducted extensive ethnographic fieldwork. In addition to this participant observation, he has also begun work in visual anthropology, analyzing the images that Tunisians and the Tunisian state make of themselves. He received his Ph.D in Anthropology from the University of Chicago in 2004. He also received an MA in Education from The George Washington University in 1992.

A profile of Dr. Hawkins in the UALR student newspaper, The Forum, described him as “eccentric” and “wicked smart”