School of Criminal Justice and Criminology 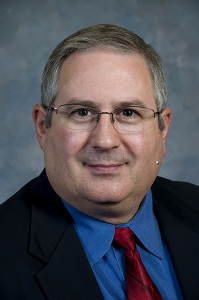 Dr. James Golden is a Professor of Criminal Justice. Prior to assuming his present position, he was the Senior Research Coordinator at the Criminal Justice Institute. He was a Detective Sergeant with the Jonesboro Police Department, with previous assignments as a patrol officer and traffic accident investigator. He has also served as a Counterintelligence Officer with the United States Army.

He served as a trainer and consultant for The Police Executive Research Forum (PERF), the Police Foundation, the Community Policing Consortium, and for the National Sheriff’s Association. He has published a number of articles on diverse topics such  juveniles and cybercrime; sex offenders; police productivity and performance evaluation; the use of canines in search and seizure operations; roadblocks; leadership;  and police recruiting and retention.

He received a B.S. in Radio-Television, a B.A. in Criminology and a Master of Public Administration from Arkansas State University and his Ph.D. from Sam Houston State University. He is also a General Class amateur (ham) radio operator with callsign K5MID.