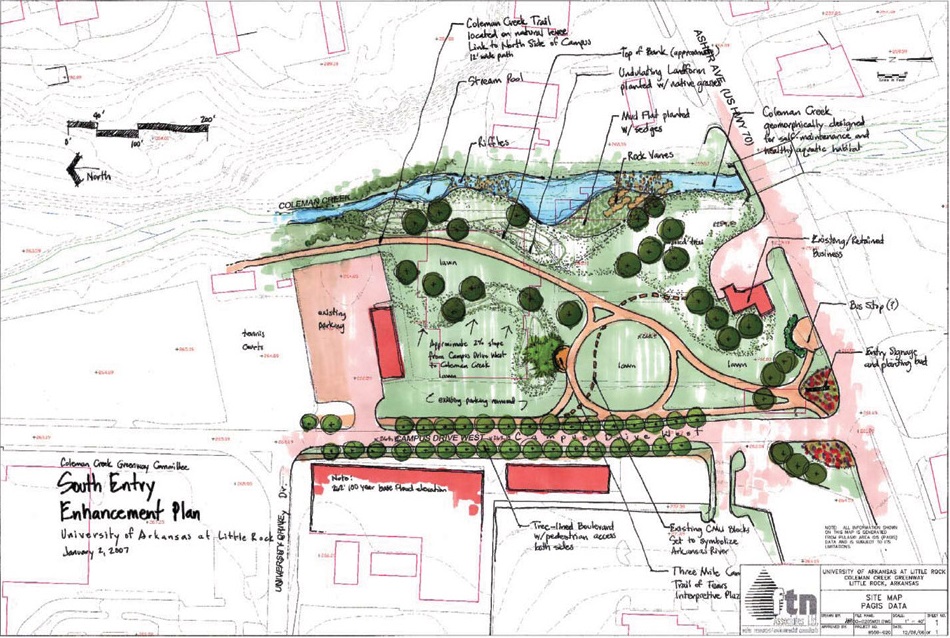 UA Little Rock is fortunate to have an extraordinary natural asset—a creek that runs the entire length of its campus. Known as Coleman Creek, this waterway is part of the regional drainage system. With headwaters near the intersection of University Avenue and Cantrell, it eventually empties into the Fourche Creek wetlands immediately south of the campus. By demolishing unusable buildings and parking lots, UA Little Rock – along with numerous partners – began the gradual de-urbanization of the Coleman Creek area.

What is a Greenway?

A greenway is a corridor of protected open space managed for conservation, recreation and non-motorized transportation. Greenways often follow natural geographic features such as ridge lines, stream valleys, and rivers, but may also be built along canals, utility corridors, or abandoned rail lines. Widths may vary from thirty to a thousand feet. Most greenways include a trail or bike path, but others may be designed strictly for environmental or scenic protection. 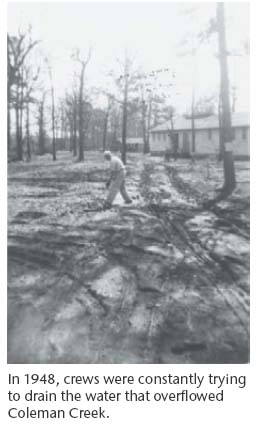 Coleman Creek takes its name from Eleithet B. Coleman, who bought land between the creek and what is now University Avenue, north of Fourche Creek. The farm eventually developed into Coleman Dairy which until 2003 operated a processing plant on the same land, bordering the University campus to the south immediately across Asher Avenue.

Coleman Creek became part of UALR’s history in 1947 when the school (then Little Rock Junior College) looked for a larger location to accommodate its growing student body. In 1949 the college moved to its new home, a gift from businessman Raymond Rebsamen, 80 acres along Hayes Street (now University Avenue), southwest of the city and immediately north of Coleman Dairy. Creek Overflow

The creek which bordered the Coleman property on the east flowed through the 80 acres from the southeast to the northwest of the tract.

Beginning in the fall of 1947 and over the next two years, classes were held in converted military buildings while more permanent buildings were constructed. Since there was no entrance to the campus off Hayes Street, students and faculty approached by way of Fair Park and Thirty-second Street, making it necessary for them to drive through Coleman Creek.

Problems with flooding required a constant effort by campus personnel to drain off the overflow. In September 1949 members of the Trojan football team rescued three children who got 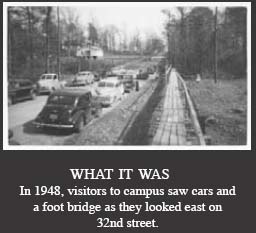 separated from their mother because of the flooding and were trapped in a tree.

Efforts of Dr. Joe Whitesell of the biology department resulted in the building of a small amphitheater on the east side of Coleman Creek to provide for an outdoor classroom.

The project was funded through several donors, including Arkansas Natural and Cultural Resources Council, Audubon Arkansas, Central Arkansas Water, the Chamberlin Family Foundation, Design Consultants Inc., the Forestry Commission, FTN Associates, and Nabholz Construction. The project began in the summer of 2007 and was completed in the fall of 2011.