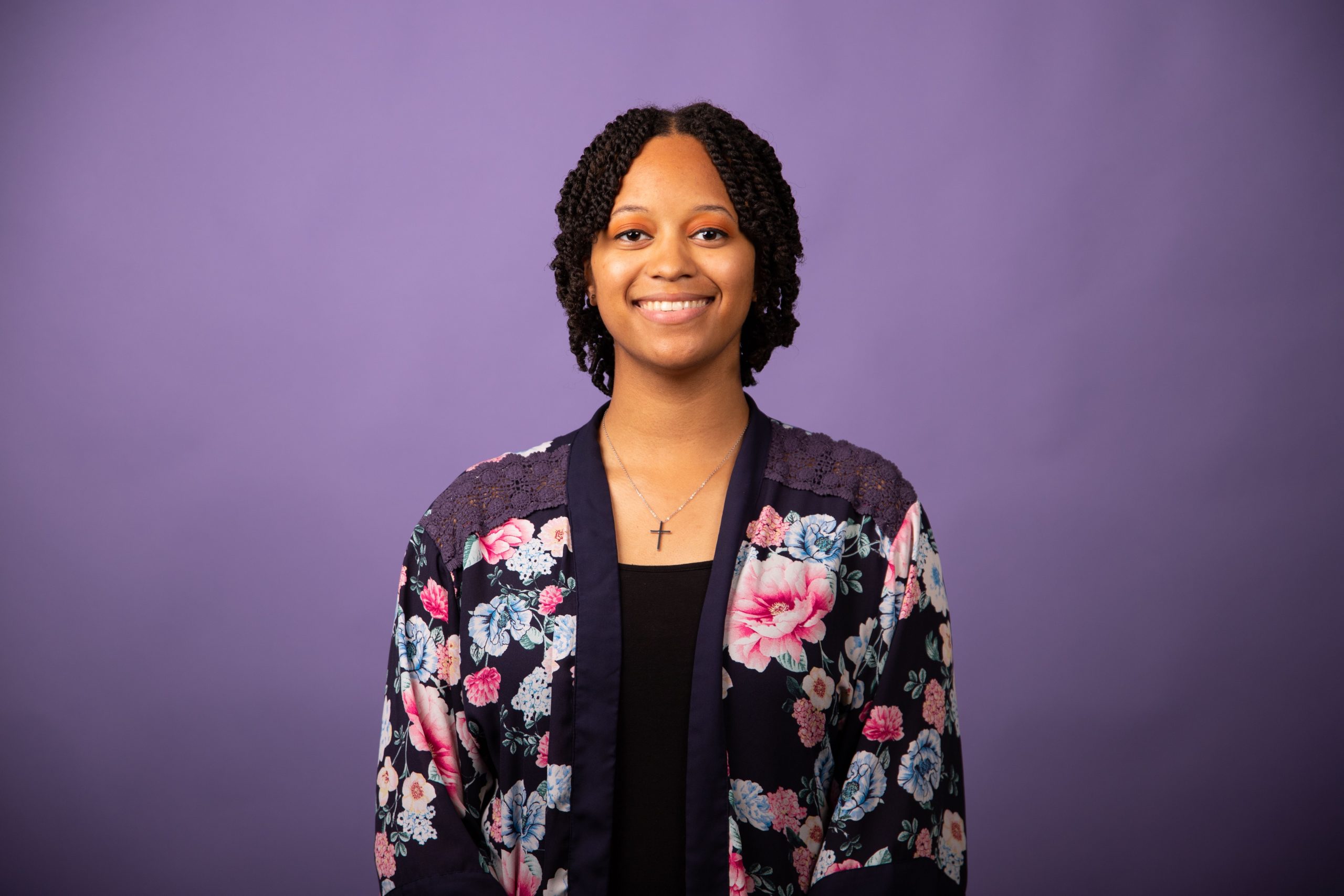 For Ruby Trotter, graduating from the University of Arkansas at Little Rock has become a family tradition. Because she’s a double major in chemistry and Spanish, she will likely walk across the stage twice on May 14 – during the morning ceremony and in the afternoon.

“My mother, Idonia Mitchell Trotter (now Gardner), attended the University of Little Rock for undergraduate studies from fall 2002 to fall 2004 completing a Bachelor of Science in criminal justice as a first-generation college student,” Trotter said.  “She is the youngest of eight children whose mother had only a 10th grade education and father with a 6th grade education.”

“In May 2009, she became the first ever joint JD/MPS degree recipient in the world,” Trotter said. “I am very proud of my mom and saw first-hand how UA Little Rock positively impacted her career and our lives.”

As she reflected on her own time at the university, Trotter said she’s had an incredible college experience.

“I am so very blessed to have gone to school here and met such amazing people and have opportunities that I’d never dreamed of when I was in high school,” she said, adding that she’s been involved with the Baptist Collegiate Ministry, the Learning Assistant Program, the American Chemical Society, and many other campus groups.

Trotter plans to apply to medical school in May and matriculate in 2023.

“I would love to become a physician, specializing particularly in pediatrics, internal medicine, or emergency medicine,” she said. “During my gap year, I plan to move in with my husband in San Antonio, Texas, and will work either a research or public health position.”

An accomplished violinist, Trotter (now Viera Corral) met her husband when they both played and made beautiful music together.

“It’s been so cool to see my growth over the years, especially in high school where I was able to make Region Orchestra twice and play in the pit orchestra for two of our musicals,” she said. “This is actually where I met my husband, with him across from me playing viola. I love the violin and continue to use it as an outlet for the stress of my studies.”

Trotter, whose other interests include nanomedicine, hiking, and learning new recipes, noted that she’s gotten a lot of help along the way to graduation.

”My motivations that have gotten me through these four years are my faith, my now-husband (as of March 2022), and support from incredible mentors, family, and friends,” she said.

“I actually came into college as a pre-medical biology major four years ago,” she said. “Dr. Mark Baillie was my General Chemistry I and II professor, and he made the course so interactive and interesting that I had a lot of fun in it.”

During a conversation, Dr. Baillie pointed out that she was gifted in chemistry and asked why she wasn’t majoring in it.

“I told him that I always saw chemistry as a hard subject and that I really liked biology in high school,” she explained. “He urged me to not run away from something that I love, no matter how hard it is. And, after a few days thinking about it, I decided to go and declare my chemistry major.”

Trotter added a Spanish major after volunteering at Harmony Health Clinic and seeing the intense need for interpreters for the Spanish-speaking patients. The clinic is a free, non-profit medical and dental clinic in Little Rock.

That experience and the support of university faculty were phenomenal, she said.

“UA Little Rock truly has some of the best mentors that I could ask for,” Trotter said. “I want to thank Dr. Shawn Bourdo for all of his support over the years, for helping me to grow and giving me a home at the nano center, and for becoming like family to me. I’d also love to thank Dr. Mark Baillie, Dr. Michael Moore, Dr. Simon Hawkins, Dr. Jessica Scott, Ms. Ronia Kattoum, and Dr. Noureen Siraj for their encouragement, mentorship, and support over these four years.”

Her time at Harmony Health Clinic “has been the most meaningful thing I’ve been able to do in my undergraduate experience. From medical receptionist work towards the beginning, to now being able to serve as an interpreter on the team, I’ve had such a meaningful experience helping so many patients receive free health care.”

She is thankful for the clinic’s executive director, Angela Harris, and all of her fellow clinic volunteers.

“Without coming to UA Little Rock, I’m not sure if I would have been afforded the wealth of opportunities that I have been blessed to experience,” Trotter said. “The research done at our university is so engaging and interesting, and there is such an emphasis on getting undergraduate students involved in the laboratory,” she said, adding that her work at the Center for Integrative Nanotechnology Sciences on campus has been so rewarding.

Trotter was published as a second author in the Journal of Nanobiotechnology last year.

“This is something that I absolutely have not heard of at many other universities, so I am thrilled to have been able to research with these other scientists and to get to know them so well over the last three  years,” she said. “There is truly a family environment at the Nano Center.”

While attending UA Little Rock, Trotter has received several awards including the Service to the Chemistry Department Award for her efforts as a learning assistant and a Signature Experience Grant for her research at the Nano Center with Dr. Shawn Bourdo. She was also a Benjamin A. Gilman International Scholarship recipient, a very competitive and prestigious award for study abroad purposes, even though her travel plans were canceled due to COVID-19.

In 2021, Trotter was inducted into the Phi Kappa Phi Honor Society as one of the top graduating seniors. She also received another Signature Experience Grant, and won first place at the Louis Stokes Alliances for Minority Participation (LSAMP) conference for a poster presentation for her research on graphene nanomaterials and polymer biomaterials.

She recently won an American Chemical Society (ACS) Local Outstanding Student Award and was honored as BA Chemistry Student of the Year at the Chemistry Department Award Ceremony on April 21.

This story was written by Bobbie Handcock.