On December 16, 2016, UA Little Rock opened the the Military Student Success Center. The center was made possible through the generosity of a grant from the Student Veterans of America and Home Depot along with the support from campus leaders, veterans, students, and Veterans Villages of America.

Previously, UA Little Rock housed the Offices of Veteran Affairs, the Military Academic Advisor, and the Military Ombudsman. The center combines these offices to streamline the enrollment, retention, and processing of VA documents. Military and veteran students of both the main and online campuses can visit the center to socialize, study, and get information about available resources.

The facility has a 1,634-square-foot lounge, study area with computers, conference room, and kitchen. According to the center’s website, they serve “over 700 Active Duty, Reservists, National Guardsmen, Veterans, and their family members.”

In addition to the full-time employees, there is a team of VA Work Study students who are also available to help military and veteran students.

Oliverio has been instrumental in the success of military and veteran students at the university.

When Oliverio came to UA Little Rock as an undergraduate student, she had 20 years of Air Force experience and over 95 hours of technical military credits on her transcript. Oliverio had also been an instructor for seven years, teaching at Airman Leadership School. Although she earned her credits through the Community College of the Air Force–a regionally accredited school–only six of her hours transferred.

“So it was all for nought,” Oliverio said. After experiencing the devastation that a student can encounter when their military training credits don’t transfer, Oliverio became an advocate for military and veteran students.

“I know the training that military folks receive … Yes, there are very technical credits, but there are also people who have jobs who work in accounting and finance, who are medics, who are dental technicians. We even have historians,” Oliverio said. 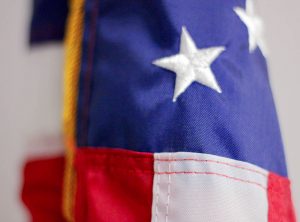 She went to Susan Hoffpauir, who was the associate vice chancellor for academic affairs at the time. “I presented the information that I knew, and she said ‘Well that just makes sense, doesn’t it?'” Oliverio said.

So a campaign began in hopes of getting the academic community to understand the value of military credits. Oliverio then found out that the Army, Navy, Marine, and Coast Guard all had their courses evaluated through the American Council on Education [ACE].

“And through ACE, they have professors who sit in classrooms and say ‘You know what? If that student were in my classroom, they would get three hours of technical mathematics, three hours of physics, three hours of chemistry…’ They go and they evaluate, and they make recommendations … Once we had all that information, we presented it to the faculty,” Oliverio said.

In November 2008, the faculty senate voted to accept military credit as academic credit.

For the sixth consecutive year, UA Little Rock has been designated a Military Friendly® School by Victory Media, the leader in successfully connecting the military and civilian worlds.

One of Oliverio’s proudest moments was when she was able to work with an Air Force Tech Sergeant who was a public affairs non-commissioned officer. “She had attended a lot of department of defense radio and television courses. Well, she happened to be pursuing mass [communication]. So I compiled her Air Force and Department of Defense training, and she was given 21 hours [out of the 36] directly towards her mass [communication] degree,” Oliverio said. 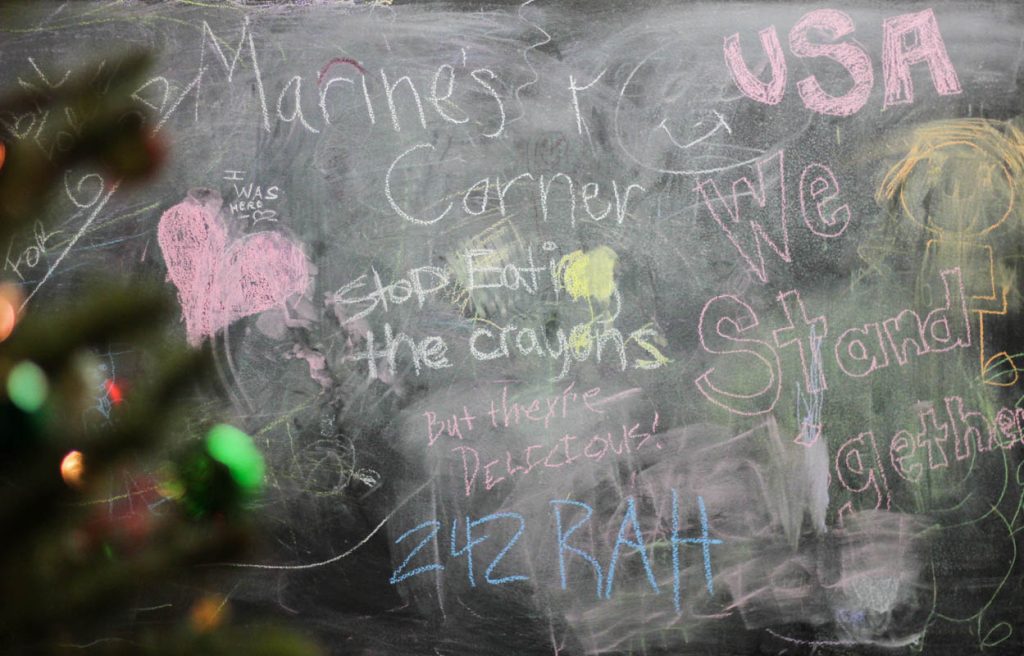 While Oliverio still runs into obstacles, she is dedicated to working with students to help them reach their goals. “Some folks have a really hard time transitioning from military to civilian life. If you don’t embrace the change, it can be very difficult. That’s the main focus in this office – to help with that transition,” Oliverio said.

“The challenge now is 22 veterans a day kill themselves,” Oliverio said.

An integral aspect of overcoming this challenge is creating a community for these students that help with the transition from military to civilian life. For students who are able to make it to campus, a counselor from the Vet Center visits UA Little Rock’s center every Wednesday.

Military and veteran students at UA Little Rock do not have to find their own way through the system. They have a community of advocates that supports them every step of the way.

UA Little Rock is a chapter of the Student Veterans of America (SVA) organization. SVA is a chapter-based student veteran membership organization that provides military veterans with resources, support, and advocacy needed to succeed in higher education and post-graduation.

The Veterans Crisis Line connects Veterans in crisis and their families and friends with qualified, caring Department of Veterans Affairs responders through a confidential toll-free hotline, online chat, or text. Veterans and their loved ones can call 1-800-273-8255 and Press 1, chat online, or send a text message to 838255 to receive confidential support 24 hours a day, 7 days a week, 365 days a year. Support for deaf and hard-of-hearing individuals is available.