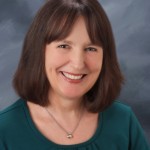 Dr. Juliana Flinn is a professor of anthropology. She received her Ph.D in Anthropology from Stanford University in 1982. Her research interests include Micronesia, cultural identity, kinship, gender, migration, and dance, and her teaching interests include cultural anthropology, linguistic anthropology, and ethnographic methods. In addition to research in Micronesia, Dr. Flinn has also conducted fieldwork in the United States exploring traditional American dance, and in 2002 and 2003 she taught for a year in Grodno, Belarus, where she collaborated with a colleague on research comparing Belarusian and American notions of home.