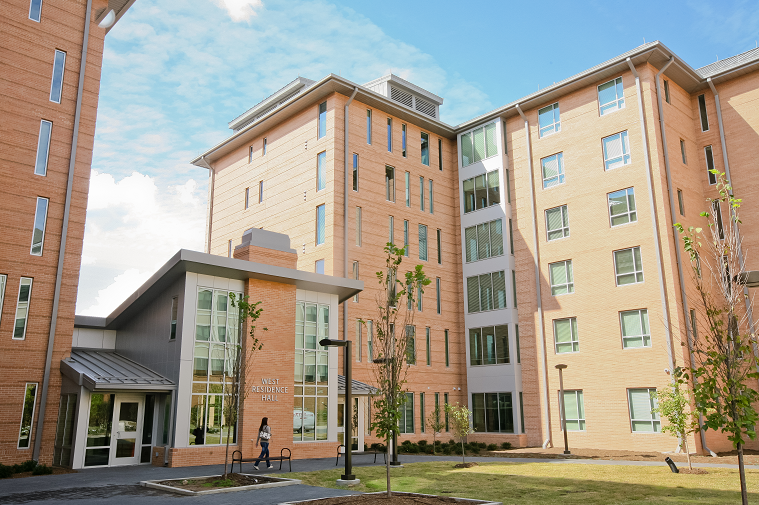 West Hall is located in a cluster of residence halls on the east side of campus and houses academic scholarship students including members of the Chancellor’s Leadership Corps. The new hall was built to promote camaraderie. The pod-style residences include two sides – one for men and one for women. On each floor, rooms housing two students each surround a common area, which includes a full kitchen with stainless steel appliances, a family-style dining room table, flat-screen televisions, and laundry and baths.

This $23 million project was funded by a $30 million bond issue recommended by the UA Little Rock Board of Visitors and approved by UA Trustees in October 2009. The project began in March 2010, and it was completed in July 2011. 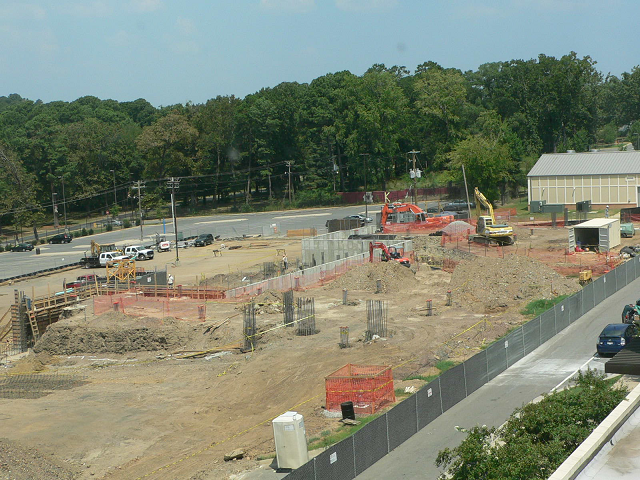 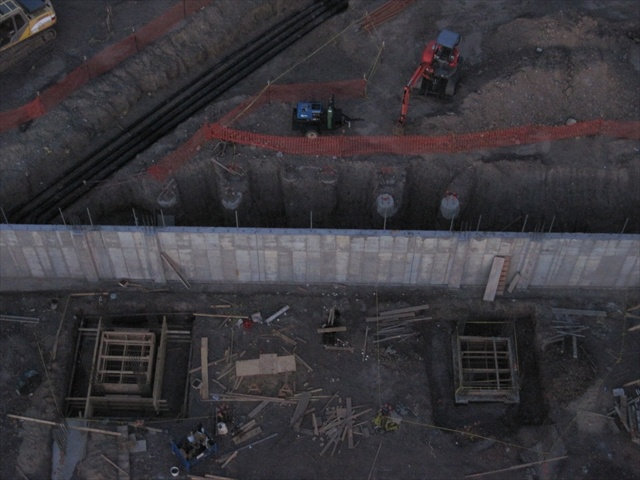 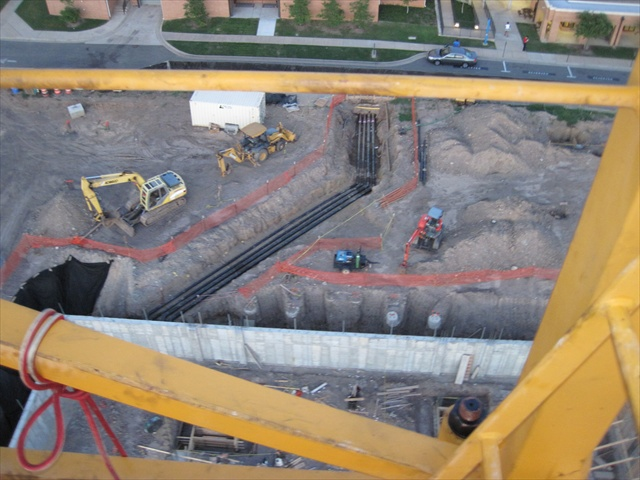 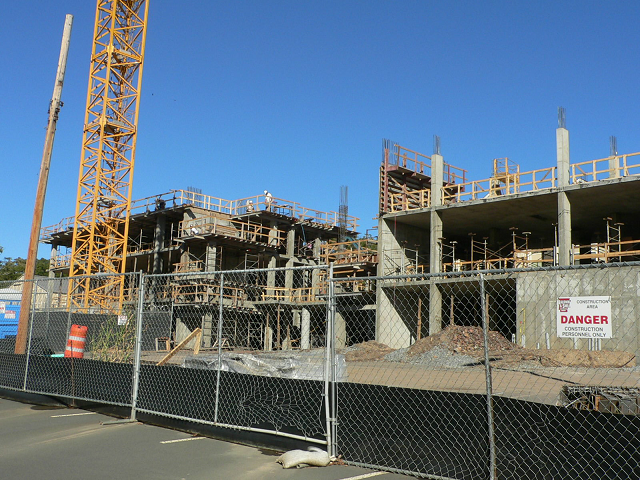 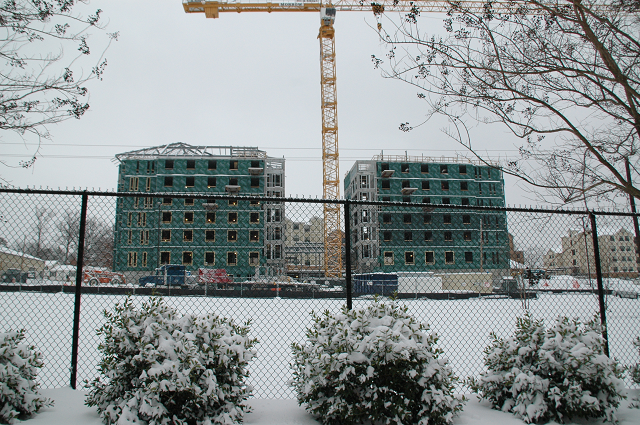 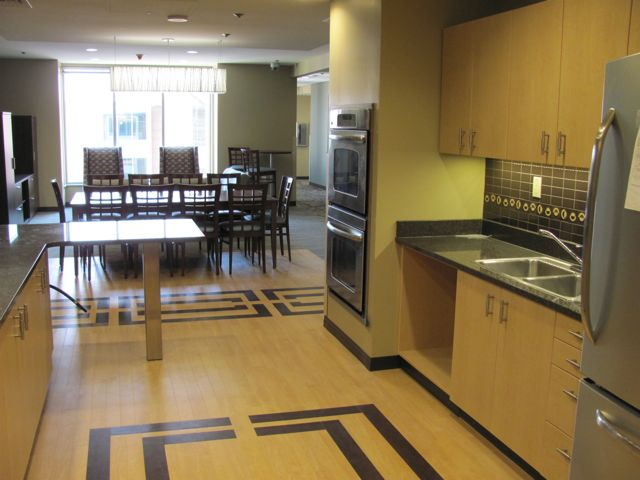 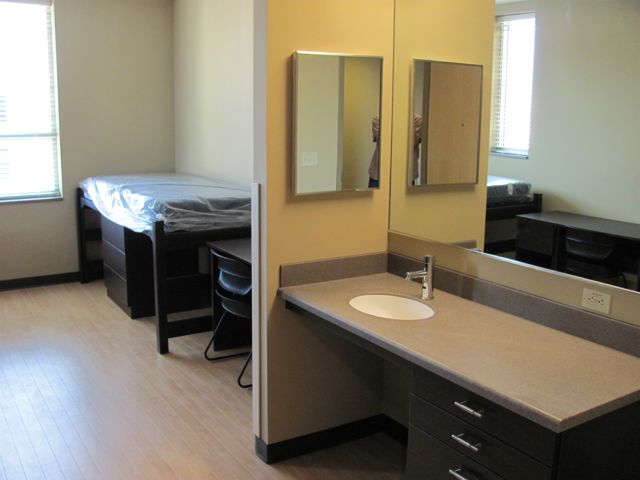 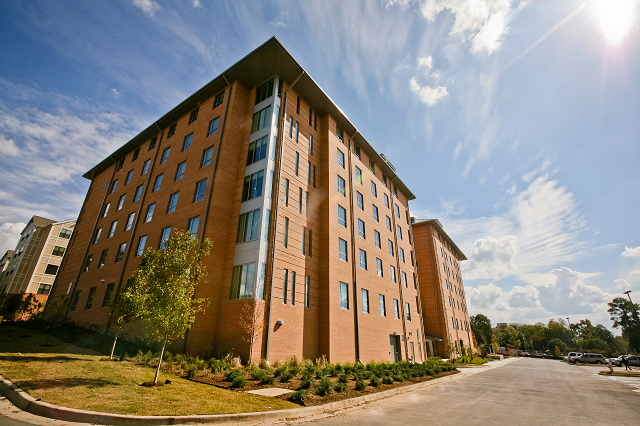 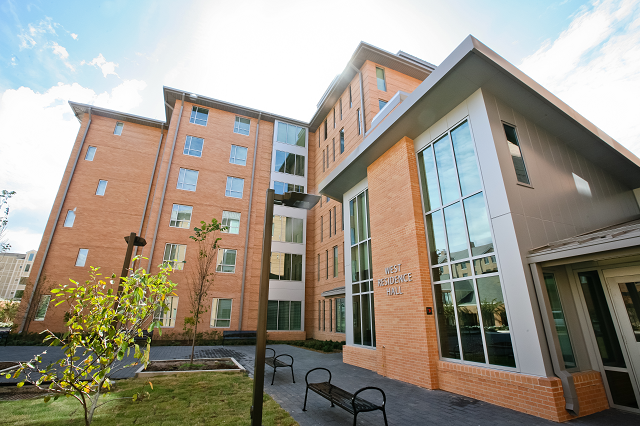