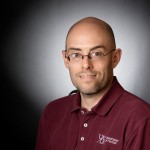 Barclay T. Key was a bicentennial baby who spent much of his youth in Moulton, Alabama, about 90 miles northwest of Birmingham.  His grandparents toiled in a variety of jobs:  picking cotton, raising a few cattle and hogs, driving a school bus, inspecting clothes in a garment factory, and working at the Ford plant in Muscle Shoals.  His parents’ careers were in public education and the postal service.  Barclay lived a charmed childhood compared to his grandparents and parents, occupying much of his time with sports, video games, the church youth group, and aggravating his younger brother.

Before joining the faculty at UALR in 2012, Dr. Key taught for one year at Iowa State University and five years at Western Illinois University.  He has recently published chapters in two edited collections, Painting Dixie Red (University Press of Florida, 2011) and Destination Dixie (University Press of Florida, 2012), while continuing to work on Race and Restoration, a book about race relations and the Churches of Christ.  Barclay has taught courses in modern American history, African-American history, southern history, American religious history, and Arkansas history.

Through little merit of his own, Barclay married Sonya Gray in 2003.  They have two children, Langston (b. 2004) and Zora (b. 2008).  Family and work leave little time for hobbies, but Barclay is an avid runner and a recovering college basketball and football fan.  As time, opportunity, and finances permit, he also enjoys traveling.  His favorite band is the Drive-By Truckers.

“Our Public Education Crisis: A White Parent’s Perspective,” available at http://badassteachers.blogspot.com/2015/08/our-publiceducation-crisis-white.html, August 11, 2015.
This essay outlines the ongoing saga of the Little Rock School District from 2013 to 2015, including the state takeover of the district on January 28, 2015.
“Civil Rights Inactivism: Richard Nathaniel Hogan and the ‘Enemies of Righteousness’,” in Race and Ethnicity in Arkansas, ed. John A. Kirk (Fayetteville: University of Arkansas Press, 2014).

As a black preacher in a predominantly white denomination, Hogan avoided civil rights activism but remained a harsh critic of segregation in his church and society.