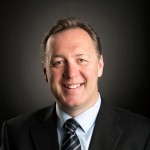 Dr. John A. Kirk is the George W. Donaghey Distinguished Professor of History at the University of Arkansas at Little Rock. Kirk was born and educated in the United Kingdom, where he taught at the University of Wales and the University of London before moving to UA Little Rock in the summer of 2010. He served five years as History Department chair (2010-2015), and four years as director of the UA Little Rock Anderson Institute on Race and Ethnicity (2015-2019). Kirk’s research focuses primarily on the history of the civil rights movement. He has published nine books, as well as a number of other works in a wide variety of journals, edited book collections, newspapers, and magazines. He has held several grants and fellowships in both Europe and the United States, including as Roosevelt Study Centre Fellow (Middleburg, The Netherlands), John F. Kennedy Presidential Library Fellow (Boston), and Rockefeller Archive Center Scholar-in-Residence (New York).

An Epitaph for Little Rock: A Fiftieth Anniversary Retrospective on the Central High Crisis. Fayetteville: University of Arkansas Press, 2008. Foreword by Juan Williams.

Beyond Little Rock: The Origins and Legacies of the Central High Crisis. Fayetteville: University of Arkansas Press, 2007. Foreword by Minnijean Brown Trickey.