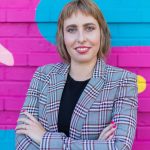 Her current manuscript project, “Women, Resistance and the Creation of New Gendered Frontiers in the Making of Modern Libya, 1890-1980,” examines the gendered transformation in the territory that became Libya from the late Ottoman period until post-independence, examining the multiple ways in which Libyan women interacted with the modernizing Ottoman, Italian, British, and later Libyan states. This project combines oral history narratives and archival research with intersectional approaches to gender, race and class in order to evaluate the impact of foreign rule. She found that the Ottomans’ modernizing efforts were not dissimilar in formal intent from some of the rhetorical aspirations of European modernizers as they endeavored to strengthen their political institutions. A part of this modernizing effort included the introduction of new gender norms, which required the introduction of new forms of education. While some Ottoman initiatives met with opposition, they more effectively pursued and had greater moral authority to make reforms. In contrast, the Italian administration struggled to establish a well-ordered colony and to create cohesive modes of governance.

Her second book project, tentatively titled “Gender, Policing and Order in Colonial North Africa and Egypt (1881-1956)”, continues her scholarly work on policing as a way in which to tell a social history of women and non-elite groups under colonial rule. Rather than focusing on a single nation-state or colony, this project will utilize a transnational approach to study policing under three colonial powers in North Africa: The British, the French, and the Italians. Evaluating the racial and gendered assumptions underlying colonial rule, it evaluates the shared patterns of colonial practice between the different European empires in the region and the interaction between indigenous and colonial forms of knowledge. She co-edited a special issue of the Journal of North African Studies on “Gender and Transnational Histories of Libya” with Barbara Spadaro from the University of Liverpool that appeared in Fall 2018. Her article “Gender, Violence and Resistance under Italian Rule in Cyrenaica, 1923-1934” was published in the issue.

At UA Little Rock, she is a faculty member with the Middle Eastern Studies Program along with the history department. She teaches classes on the gender, the modern Middle East and North Africa, World Civilization until 1600, historical methods, and historiography.