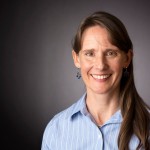 Kristin Dutcher Mann, a faculty member since January 2003, is a specialist in the history of Colonial Latin America and the U.S.-Mexico borderlands. Dr. Mann holds a Ph.D from Northern Arizona in Flagstaff. She is a former high school history and geography teacher, and she serves as the coordinator for the department’s social studies education program.

As part of her work with social studies teachers, both pre-professional and professional, she has collaborated on several grant projects in conjunction with the Little Rock School District and the Arkansas Council for the Social Studies. Dr. Mann worked on educational materials and professional development for educators related to the Life Interrupted: The Japanese American Experience in WWII Arkansas project since 2003. In 2018 she received a $20,000 grant from the Library of Congress to create the Arkansas Primary Source Sets project. Dr. Mann serves on the boards of the Arkansas Council for the Social Studies and the Arkansas Women’s History Institute and is the coordinator of the Arkansas District 7 National History Day competition. Dr. Mann was honored for her outstanding work in the community with UA Little Rock’s Faculty Excellence Award in Public Service in 2014.

Click here for a short video about Dr. Mann’s philosophy of teaching and research.

The Power of Song: Music and Dance in the Mission Communities of Northern New Spain, 1590-1810.  Stanford: Stanford University Press, 2010.

“Christmas Celebrations in the Missions of Northern New Spain,” The Americas 66:3 (January 2010).