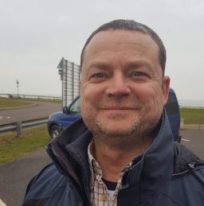 Dr. Springer has an interest in virtual-reality systems for modeling and simulation, in areas such as cluster-based displays, multi-viewer stereo, software frameworks, and interactive high-quality rendering. Dr. Springer holds a Ph.D. in Computer Science (2008) and an MSc in Computer Science (1999) from Bauhaus-Universität Weimar. He has been serving as director of the Emerging Analytics Center since 2020.