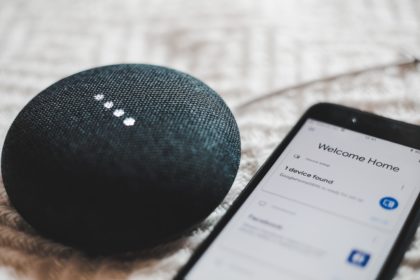 Integrate your creativity with today’s technology. The IoT (Internet of Things) enables science fiction to become a reality.

The IoT enables these solutions today. Creative people like you are changing the way we work, play, travel, and interact with the world. We are molding the future in the Department of Computer Science at UA Little Rock.

The development area, previously referred to as pervasive computing, has blossomed into today’s IoT. Although the term was coined in the 80s, IoT has recently begun to make sense for users away from scientific and professional fields. There has been an unprecedented technical evolution in mobile computing and real-time communications. These advances have made it possible:

The goal of the IoT is the creation of sensor-based devices capable of collecting, processing, sending data, and communicating interactively. Devices are now able to adapt and respond appropriately based on the context of connected devices and many forms of user behavior. The IoT now utilizes a widening range of technologies including mobile devices, embedded systems, wearable devices, cloud services, voice and gesture-based natural interaction systems, and artificial intelligence.

The latest mobile devices and applications are changing the way we communicate, do business, and access news and entertainment. Businesses, consumers, and programmers have embraced this innovative medium, making mobile application development one of the most demanded and fastest growing IT career paths.

The average salaries for mobile application developers and related positions are as follows:

Generation of the first three-dimensional digital models of the fossilized bones and the reconstructed model of the Arkansaurus fridayi, based on the application of short-range photogrammetry, was achieved. The project goes beyond the traditional two-dimensional methods of mere publication and transmission of knowledge and follows an approach based on the use of WebGL to bring the 3D visualization of paleontological artifacts to the Web browser. The result is a tool to support the research of paleontologists and historians. It is also a tool for a more effective and attractive scientific dissemination among the general public.

Thus, thanks to Ancora, it is possible to use any mobile app on a pc using a keyboard and mouse to interact with it to design and even implement an app with an “extended” graphical interface.

Interactive mobile application for custom cabinets rapid prototyping that allows end-users to sketch a completely customized design proposal regardless of their technological training. The app, available both for Android and iOS devices also has a built-in AI able to assist the user with the prototype creation tasks by autonomously generating desirable layouts.

Mobile tool for the validation of radar systems that allows a real time visualization (with just an average delay of less than 8 ms) of the status of the used sensors based on the data received by the mobile terminal via a wireless connection.

It allows monitoring of user activity. UTestTools captures all input events in the interaction between the user and any iOS or Android application.

Web system based on the presentation of Geo-referenced information in an interactive 3D environment, navigable both freely and through points of interest. It consists of an interactive virtual scenario composed of low poly photorealistic 3D models. Here, the user can explore the different locations of the destination in real-time and get a better idea of what that location looks in real life. It provides data through scenes familiar to users, in a way close to how they perceive the world.