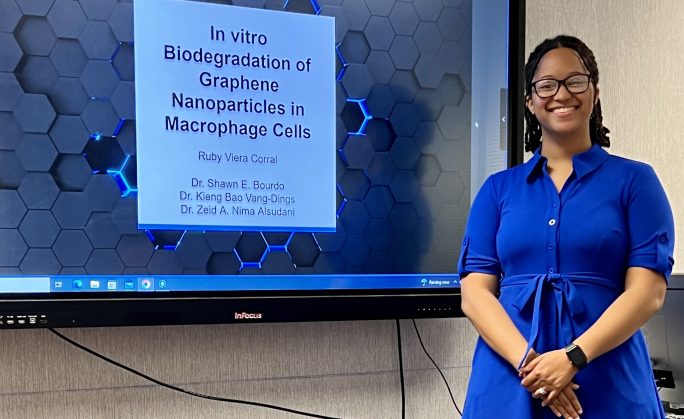 All Donaghey Scholars complete a capstone project during their last year in the Program. Final projects take many different shapes, and they often have an interdisciplinary component. Typically, the project is grounded in the major field of study. The student selects a faculty advisory committee and works closely with them throughout the final project process.

To begin the process, Scholars submit a formal proposal of their final project to the Donaghey Scholars Honors Program Policy Council for approval prior to their final two semesters in the Program.

Prior to the completion of their projects, Scholars present a dry-run of the progress of their work First Year Scholars in the Colloquium class (usually in the spring semester).

Once the project is completed, Scholars present their project for their committee, the Scholars staff, fellow Scholars, and other faculty. Finally, Scholars submit the written component and other documentation of their project to be archived for future reference by other Scholars.