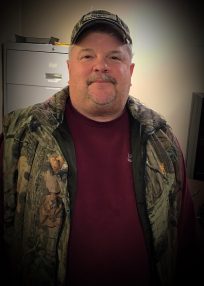 On Monday, Dec 31, 2018, the Facilities Management Department lost an important and long-serving member of our team, Danny Haynes. He died of natural causes.

Danny joined UA Little Rock as a stationary engineer on Jan. 16, 1988, and moved through the mechanical shop to his current position as a skilled trades worker (HVAC/Mechanical). He was an excellent general mechanic with skills ranging from plumbing to rebuilding pumps and motors. Danny served as one of three emergency on-call mechanical persons for over 20 years, responding to after-hours emergencies, providing back-up support to on-duty staff, and working as part of the inclement weather crew. Danny was always quick to volunteer to cover extra shifts for his co-workers and over holidays and provided much needed leadership in the shop for a year while the regular supervisor was on medical leave. For these efforts and more, he was recognized as the Facilities Management Employee of the Month award in February 2018.

Outside of work, Danny was an avid outdoorsman who enjoyed hunting, fishing, and archery. He was regarded as an excellent marksman and competed in both recurve bow and compound bow competitions. In recent years, deer hunting was his primary passion with trips to Kansas the highlight of his year. On one of the Kansas trips, Danny met Kelly Karber who gave his smile an extra sparkle. Kelly soon moved to Little Rock, and she and Danny became engaged in December 2018.

Danny graduated from Wilbur D. Mills High School in Little Rock in 1983 and served in the United States Navy as a boiler technician from December 1983 through December 1986.

Funeral services will be held Sunday, Jan. 6, at Westbrook Funeral Home, 183 N. Livermore St, Hazen, Ark. 72064. In keeping with Danny’s love of the outdoors, the family has requested blue jeans and/or camo as funeral attire. Visitation will begin at 1 p.m. with the funeral at 2 p.m., followed by graveside services.