More about the director

Dr. David R. Montague is the Executive Director of Online Learning and Faculty Mentoring at the University of Arkansas at Little Rock; and is a tenured, Full Professor of Criminal Justice. In this role under the university’s provost, he oversees all aspects related to administration and innovation for online learning at the university and the university’s program to mentor new faculty. He earned a PhD at Howard University in Political Science, an MA at The George Washington University in Crime and Commerce, and a BA at Morehouse College in Political Science.

Dr. Montague completed federal investigations for fourteen years in law enforcement and intelligence capacities working for the United States Drug Enforcement Administration (DEA) as a federal drug diversion investigator, the United States JFK Assassination Records Review Board (ARRB) as the agency’s senior investigator, and later as a consultant on national security matters with US Investigations Services, Inc. He has lectured on Asset Forfeiture at the FBI Academy in Quantico, Virginia and was a member of the founding faculty of the PhD Program in Organizational Leadership at the University of Maryland Eastern Shore.

Having come to UALR in 2004 joining the Department of Criminal Justice as an Assistant Professor teaching in their undergraduate and graduate programs, he has used his time at UALR to facilitate a mix of his teaching, research, and service in such a manner as to use his access to expose students via projects, collaborate both on and off campus, and generate grant and contract funding as often as possible. He founded the UA Little Rock Senior Justice Center, to promote service and research on crime against older people. He is the recipient of the 2003, Outstanding Faculty Staff Award for Outstanding Teaching and Intellectual Development of Undergraduate Students by the University of Maryland at College Park Nyumburu Cultural Center, the 2009 UALR College of Professional Studies Faculty Excellence Award in Teaching, and the 2014 UALR College of Professional Studies Faculty Excellence Award in Service. He is also the recipient of the 2016 Felix Fabian Founder’s Award from the Southwest Association of Criminal Justice, awarded for outstanding contributions to SWACJ and the criminal justice profession.

Dr. Montague formerly served as the graduate coordinator for the UALR Master of Science Program in criminal justice and is a graduate of the LeadAR Program, the Arkansas State leadership program involving a two-year commitment of service-learning and travel within-state and the People’s Republic of China. He was a founding member of the UALR Chancellor’s Committee on Race and Ethnicity. In 2017, he was appointed to a part-time role as coordinator of the university’s mentoring program for new faculty and became permanent director in 2019.

Dr. Montague is active in the community volunteering as a reserve police officer in Bryant Arkansas, participating in a rehabilitation program within Arkansas prisons, and is a volunteer instructor for the Inside-Out course at the Wrightsville and Hawkins prison units. He has served on several discipline-related boards; one of them being the board of directors for the Academy of Criminal Justice Sciences, one of the largest national associations for criminal justice educators.

He has delivered over 225 presentations at academic conferences and community events, including research presentations in Austria, Slovenia, Germany, Holland, Trinidad, and Canada. In addition to serving as a keynote speaker nationally, he has testified before two state legislatures on prospective policies. He has written numerous publications and is the coauthor of the book Travesty of Justice: The politics of crack cocaine and the dilemma of the Congressional Black Caucus, now in its Second Edition. His new book, OVERNIGHT CODE: The Life of Raye Montague, the Woman Who Revolutionized Naval Engineering, was released in January 2021 and was featured on Good Morning America. His next book will address his time as part of the Congressional reinvestigation of JFK assassination records during the 1990s.

Dr. Montague resides in Little Rock, Arkansas with his family. 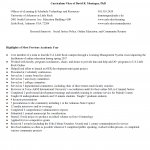