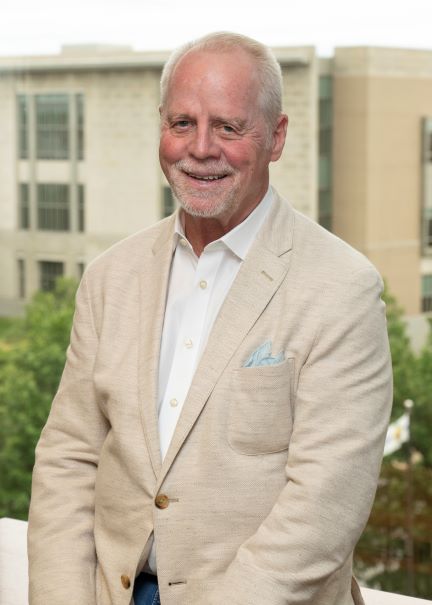 Pat Harris joined the Bowen faculty in August 2022 as Director of Advocacy. In that position, he will supervise the adjunct professors who teach Lawyering Skills I and II, as well as teach a course on trial advocacy and supervise the mock trial and moot court competition teams.

Harris’ trials and prosecutions have included RICO murder and murder for hire, arson, kidnapping, public corruption, financial fraud, grand juror bribery, extortion and large-scale drug and violent crime conspiracies. He prosecuted the county coroner in the Western District of Tennessee for faking a kidnapping in which the defendant placed a bomb around his neck. He prosecuted corrupt Tulsa police officers, an ATF agent and a Secret Service agent for faking false search warrants in order to steal drugs and money. He prosecuted a drug dealer for bribing a grand juror and then prosecuted the grand juror for taking the bribe. He prosecuted 53 defendants in one indictment and got 42 of them to plead guilty, and then tried the remaining 11 defendants with 11 defense counsel in a four-week jury trial. And he seized an $18 million dollar life insurance check in a fraud investigation. For 23 years, he was selected by the Department of Justice to evaluate the practices and effectiveness of other U.S. Attorney’s Offices. Harris was awarded the DOJ Director’s Award from the Attorney General on two occasions.

And last, but certainly not least, he has taught as an adjunct for 20 years or so in the spring semester teaching the lawyering skills class that he has now been hired to supervise.