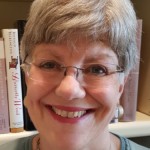 The novelist E.L. Doctorow once said, “Writing is an exploration. You start from nothing and learn as you go.” It is much the same for legal writers, whether we are novices or judges. The process of writing a legal analysis forces us to confront and revise our thoughts and theories until we can clearly communicate them to others. Professor Coleen Barger teaches RWA, the first-year course in legal writing, as well as upper-level courses such as Advanced Legal Writing and Advanced Legal Research. As faculty advisor to the Bowen Moot Court Board, she not only assists that organization with its activities, but she also coaches teams who represent the law school in national appellate competitions.

In her role as Developments Editor of UALR’s Journal of Appellate Practice and Process, Professor Barger contributes to current scholarship on issues facing federal and state appellate courts.

In addition to her articles on appellate courts’ use (and misuse) of Internet resources, Professor Barger is recognized nationally as an expert on legal citation. She is the author of the ALWD Guide to Legal Citation (Wolters Kluwer 2014) and co-author of the ALWD Companion: A Citation Practice Book (Aspen Publishers 2010). Her scholarship also benefits lawyers in the state of Arkansas. She wrote the first edition of Arkansas Legal Research (Carolina Academic Press 2007) and is the lead author of that book’s second edition, published in 2016. She is a contributing author to the Arkansas Bar Association’s Handling Appeals in Arkansas handbook.