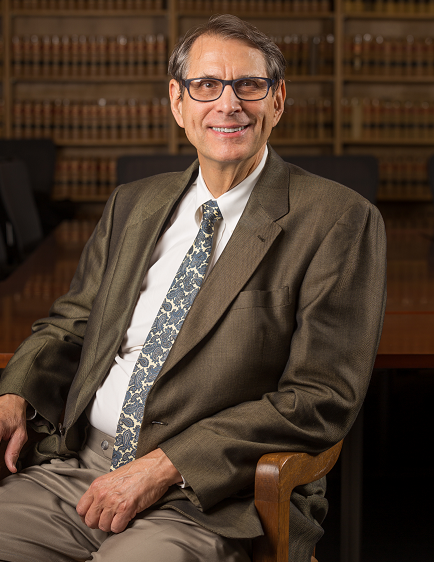 Philip Oliver joined the faculty in 1980. Before joining the faculty, he was an associate in the tax department of Sutherland, Asbill & Brennan, an Atlanta firm. Earlier, he had served as a Foreign Service Officer in Mexico City. He is the author of Readings and Materials on Tax Policy, now in its third edition, and has published articles in the areas of taxation, torts, and Supreme Court structure. His current courses are Federal Income Taxation, Tax Policy, and Torts. In the past, his courses have been as varied as Legal Profession and Animal Law. He has been a visiting professor at the University of Alabama, holding the Francis E. Hare Visiting Chair of Tort Law; Wake Forest University; St. Louis University; and the University of Florida. Outside of the law school, Professor Oliver has written newspaper articles on various legal topics that have been published in newspapers as widespread as the Wall Street Journal and the Los Angeles Times. He has twice won the school’s Faculty Excellence in Research award and has won the school’s Excellence in Teaching award three times.