Bowen’s chapter of the Black Law Students Association will be sending two trial teams to the national Constance Baker Motley Mock Trial Competition in early 2022. This is thanks to Rose Law Firm, who generously sponsored the entry fee for both teams.

“Rose Law Firm is delighted to support this trial competition and congratulates each student participant,” said Brian Rosenthal, member and past president of the Arkansas Bar Association. ‘We hope this experience adds to your Bowen education in meaningful and lasting ways. Participating in such a competition is one of my fondest law school memories. Good luck to all!”

Last year, Bowen’s chapter sent one team. The students, who were all new competitors, finished fourth in regional competition. Three of those team members are returning to compete this year.  They’ve also recruited a second team of more junior students to help ensure this competition becomes a Bowen tradition.

“The members of the Black Law Students Association are extremely grateful for the contribution from Rose Law Firm,” said Ashley Pratt, the chapter’s president. “It was important for us to be able to send students to the competition again this year after doing so well last year, and Rose Law Firm has assisted with making that happen.”

Bobby Forrest, who coached last year’s BLSA team, is returning this year and will coach both teams with assistance from Kendrell Collins, who serves as a federal public defender. 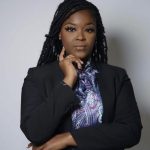 Tonisha Cox. Tonisha is a third-year law student from East St. Louis, Illinois. She graduated from the University of Arkansas at Pine Bluff, where she obtained a bachelor’s degree in political science. Tonisha is also a member of Bowen’s trial team. Throughout her time in law school, she has enjoyed being a member of several organizations as well as clerking at several firms in the Little Rock area. 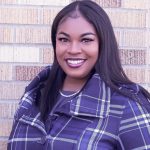 Zoë Harris. Zoë is a third-year law student from Camden, Arkansas. She graduated from UA Little Rock and earned her undergraduate degree in criminal justice. Zoë has clerked at the Pulaski County Prosecutor’s Office and has worked with decARcerate and Abolish Private Prisons. She is currently a fellow for Bowen’s court observation project, a program within the law school’s Center for Racial Justice and Criminal Justice Reform. 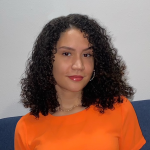 Mykayla Milchling. Mykayla is originally from Baltimore, Maryland. She graduated in 3 years from Chestnut Hill College, majoring in global affairs and minoring in both political science and religious studies. Her passion for justice and inclusivity led her to become President of Chestnut Hill’s Black Student Union and intern at an internationally renowned NGO, Global Education Motivators. Mykayla’s most valuable legal experience thus far has been clerking for Arkansas Access to Justice, where she conducted research regarding the controversial criminal eviction statute in Arkansas. She is incredibly excited to learn from her teammates and compete this year. 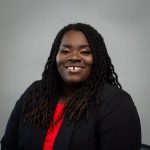 Ashley Pratt. Ashley is originally from Mississippi, where she participated on her high school mock trial team.  She earned undergraduate and graduate degrees in criminal justice from the University of Mississippi. Before coming to law school, Ashley worked at the Transportation Security Administration, the Federal Bureau of Prisons, and the U.S. Probation and Pretrial Office. She is the current president of Bowen’s BLSA chapter. 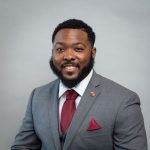 Cassius Price. Cassius is a third-year law student from Atlanta, Georgia. While attending Morehouse College, he was a volunteer for the Georgia Innocence Project, where he helped build cases doing everything from interviews to evidence collection. Cassius has clerked for Arkansas Public Defender Commission and the Pulaski County Public Defender’s Office. Cassius is also a member of Bowen’s trial team and received an Advocacy Award in Bowen’s most recent trial competition. 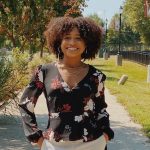 Erin Snelling. Erin is a second-year law student and Little Rock native. She earned a Bachelor of Arts in Criminology from Mississippi State University. She currently working at the Pulaski County Prosecuting Attorney’s Office and is looking forward to clerking at Friday, Eldredge and Clark during the spring semester. She is excited to learn more about the mock trial experience and to meet other regional competitors. 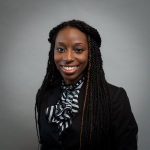 Tashia Sowell. Tashia is a third-year law student from Glastonbury, Connecticut. While personal experiences inspired her to study law, her desire to become a change-agent in communities led to her interest in criminal law. Tashia has clerked at the U.S District Court for the Eastern District of Arkansas Probation and Pretrial Services Office, the Office of the Arkansas Attorney General’s Criminal Department and is currently clerking at the Pulaski County Prosecutor’s Office. Tashia is excited to begin working for the New York Law Department after law school. 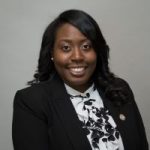 Lethia Washington. Lethia is a third-year law student from Atlanta, Georgia. She received a Bachelor of Fine Arts in mass communications from Valdosta State University. Throughout her time in law school, she has enjoyed working in the law school library and clerking at several law firms in the Little Rock area. Lethia is also a member of Bowen’s trial team, a member of UA Little Rock Law Review, and serves as a mentor in Bowen’s mentorship program.

“We are excited for these students to represent Bowen in the competition,” said Dean Theresa Beiner. “And we are grateful for Rose Law Firm’s support as our BLSA chapter rebuilds this tradition at Bowen.”