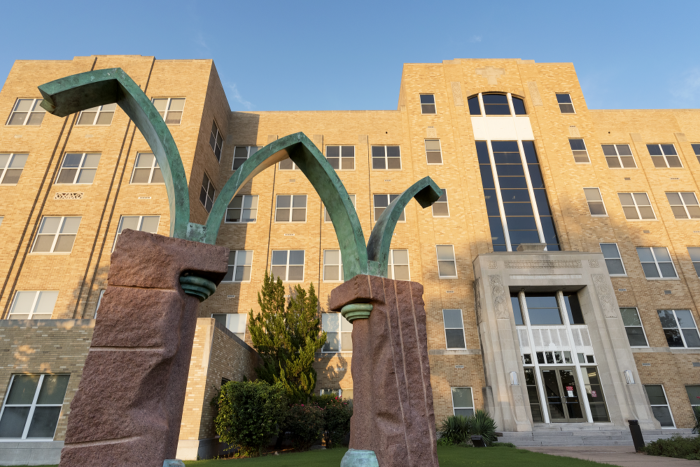 The UA Little Rock William H. Bowen School of Law Center for Racial Justice and Criminal Justice Reform together with the Arkansas Judicial Council hosted a Judicial Listening Series from March 28 through April 14. Events were held in each corner of the state and Little Rock, bringing together communities in these areas and the judges serving them.

Samantha Alexander, Philip Hood, Elizabeth Kimble, and Zoya Miller, all community engagement fellows at the Center, planned, coordinated, and moderated the events with the assistance of local judges, under the light supervision of Center co-directors, Anastasia Boles and andré douglas pond cummings.

“Everyone came to listen,” said Alexander. “There was a lot of conversation between the participating judges and the community. I believe each group walked away with a deeper understanding and broader perspective.”

In many cases, community members discussed their experiences or those of loved ones and/or friends, how they believed the system had operated unjustly, and how that influenced their perception of the judiciary. In response, judges were able to explain their roles in the justice system and how factors such as funding and legislation can impact the judicial process.

“For example, one concern was that the judges were an extension of law enforcement and that judges, prosecutors, and police officers all work together,” said Hood. “The judges were able to address that concern and explain that the judiciary is the last line of defense for justice, including remedying any bias that might be present.”

Another topic was how advocates, such as those for mental health or veterans’ services, might be involved to provide better outcomes for defendants and keep them out of the court system.

“Community advocates and pastors encouraged the judiciary to look at the cycle and see the person, not necessarily the recurring behavior,” said Kimble.

A common thread in each session was the use of technology in the courts. Attendees discussed how Zoom hearings and virtual attendance had improved access to justice in their communities and what changes they hope will stay in place after Covid restrictions end.

“The series was a great opportunity to open a channel that can lead to real change,” said Miller.

At each event, the Center gathered data on individuals’ experiences with the Arkansas judiciary. The fellows will use this data to produce a final report that stakeholders can use to assess needs in the areas of racial justice and criminal justice.

The Arkansas Judicial Council will continue its ongoing project, through the Center, by conducting future listening series events every few years.  Community members and judges are eager to see the listening events continue and expand. The fellows echo that hope.

“With this series, the judiciary is really doing something out of the box and continuing to restore public trust in the judiciary,” said Kimble. “This is needed and a benefit for the state.”

The Judicial Listening Series was created in partnership with the Arkansas Judicial Council and the National Center for State Courts. The series was funded by a grant from the Winthrop Rockefeller Foundation.